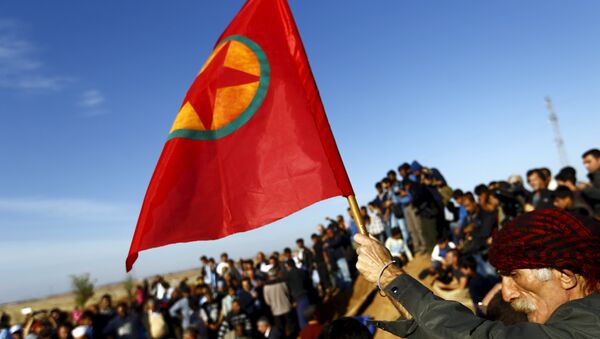 One of German Chancellor Angela Merkel's coalition party's most senior politicians has warned that the deal brokered between the EU and Ankara over refugees could trigger a mass exodus of Kurds from Turkey into Europe.

Markus Söder, a member of the Christian Social Union (CSU) party and finance minister for the state of Bavaria, told German public broadcaster ZDF: "It could ultimately lead to more immigration, especially if you take visa freedom into account. Many, many Kurds fleeing the Turkish government could come to Germany."

The EU announced on March 18 that it had reached agreement with the government in Ankara for "irregular migrants" — those who did not meet asylum criteria — arriving in Greece to be returned to Turkey and swapped on a one-for-one basis with Syrian refugees who would be admitted into EU member states.

Part of the deal was the controversial decision to open up visa-free access to the EU for Turkish citizens, allowing them 90 days freedom of movement in Europe, which critics say member states will be unable to control.

In Turkey, the government of President Recep Tayyip Erdogan has banned the Kurdistan Workers' Party (PKK) which is fighting for independence in the south east.  Söder's remarks follow similar warnings from CSU leader and Bavarian Minister President Horst Seehofer, who told Bild am Sonntag newspaper the EU-Turkish agreement would "import Turkey's domestic problems to Germany."

The deal has garnered tentative support from within the European Parliament, which has expressed doubts about Turkey's record on human rights. The leader of the Socialists and Democrats Group leader, Gianni Pittella, said:

"The Turkish EU accession process — in which we believe — cannot be turned into a bargaining chip for Turkey in dealing with the refugee crisis. No trade off can be allowed here. Even the opening of a new chapter is not a blank check for the Turkish government. Turkey must comply fully with the Ankara Protocol concerning the Republic of Cyprus."

"EU leaders have just gone all in while holding a bad hand. I genuinely hope that this agreement makes a difference but I fear by this autumn we will look back and realize it was a very costly error that turned Greece into a processing camp, did little to stem numbers of economic migrants seeking to come to certain parts of Europe, and didn't find a meaningful solution to how EU will distribute the people received between Member States."

"Prime Ministers have the right motives: to end the link between boarding a boat and remaining in Europe; but I doubt how practical this agreement will be in reality," he said.