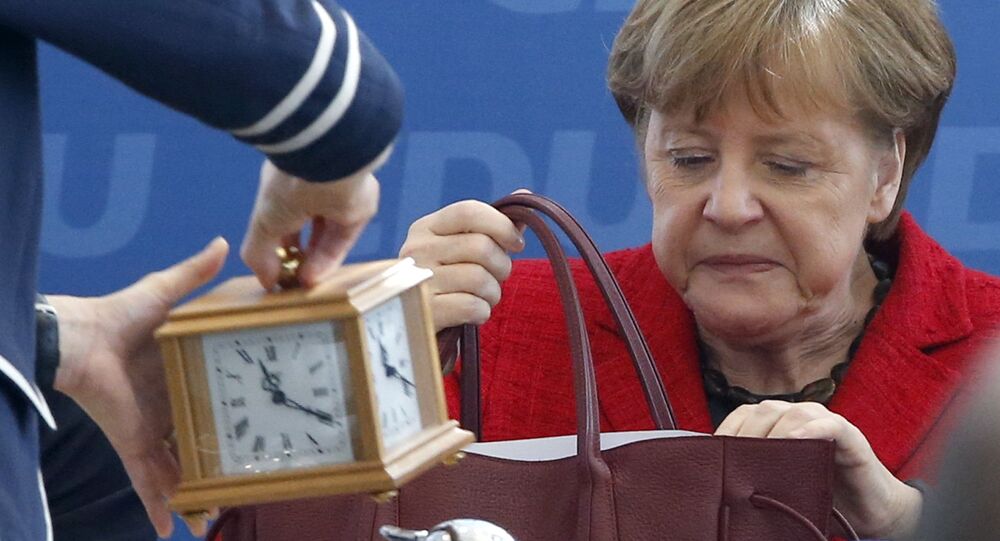 Merkel has been heavily criticized over her refugee policy, which has drawn anger from within her own party, Germany as a whole and within the European Union. In regional elections, which saw 12 million voting in the key states of Baden-Württemberg, Rhineland-Palatinate and Saxony-Anhalt, the right-wing AfD party drew significant support.

Angela Merkel's CDU is punished in Germany, while anti-immigration AfD has best showing yet https://t.co/XdZZL0dkQu pic.twitter.com/DxByPLC2Vz

Merkel's reputation has taken a hit since she declared Germany's doors open to refugees in the summer of 2015, precipitating the biggest mass movement of people since the Second World War. One of her biggest critics has been Horst Seehofer, the chairman of Markel's sister party, the Christian Social Union, and Minister President of Bavaria — the state that has borne the brunt of the refugee crisis, bordering Austria, through which the migrants travel from the West Balkan route.

"We should tell people that we get it and that we will draw the consequences from this election result," Seehofer told reporters.

He has called several times for a cap on the number of refugees accepted into Germany — which topped 1.1 million in 2015 — and has been critical of the Berlin administration's handling of the affair.

The refugee crisis has caused anger within many German states, with police in Nordrhein-Westfalen warning of a huge increase in drug and sex-related crimes by migrants and an increase in radicalization as migrants right across the country become disaffected and create no-go zones.

Cologne was the center of a controversy after a series of sex attacks, assaults and robberies at Cologne station on New Years' Day by a large number of men of North African and Arab appearance, leading to huge demonstrations against the refugees.

Meanwhile, Merkel has angered several of her EU counterparts after brokering a deal to pay the Turkish Government more than US$6 billion to stem the flow of migrants crossing into Europe. The deal will allow for migrants refused asylum in Greece to be relocated back to Turkey, in return for Syrian refugees being sent to Europe in a so-called one-for-one deal that the United Nations refugee agency, UNHCR, and human rights groups say breaches international law.

© AFP 2019 / Dimitar Dilkoff
EU-Turkey Deal Breaches Geneva Convention - European Lawmakers
The quid pro quo of the deal — largely brokered by Merkel — is the acceleration of Turkey's accession into the European Union and the right of visa-free access into the EU for 75 million Turks — which critics say will open the floodgates into Europe.

Merkel has also failed to gain agreement for a pan-European response to the crisis, with many countries refusing to take part in a mandatory quota scheme for the relocation of refugees.  Many countries — including Hungary, Macedonia, Bulgaria, Slovenia, Slovakia, Croatia, Austria and Germany itself — have either closed their borders or introduced border controls, rendering the Schengen borderless EU zone defunct.

After a bitter blow in the regional elections, Merkel's political worth has fallen badly and she now faces a struggle to maintain her authority both at home and abroad.