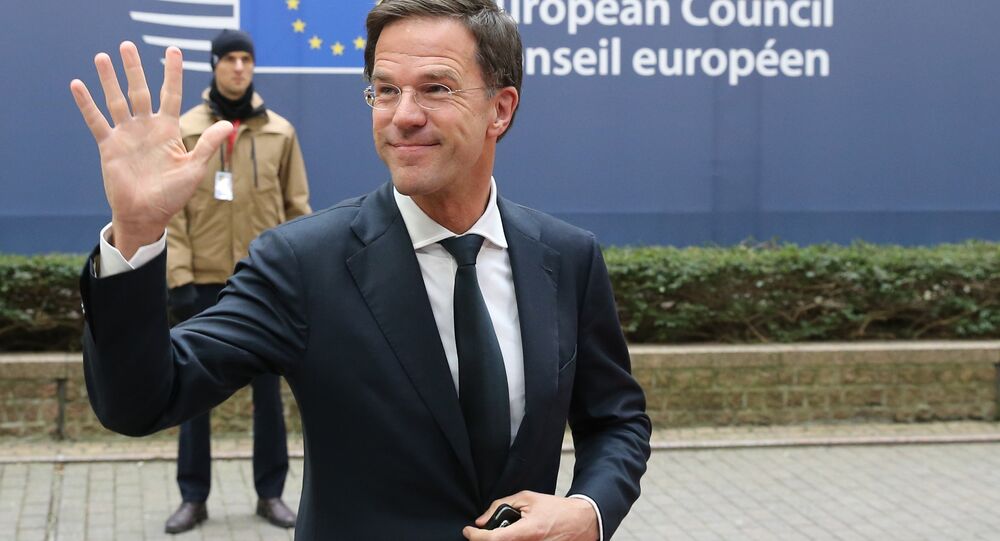 The EU is in need of fundamental reforms because it is seen as too bureaucratic and lacking opportunity, according the Dutch Prime Minister Mark Rutte, who heads the rotating presidency of the EU, as he faces calls for his own nation to hold an In-Out referendum on EU membership.

Rutte said the EU "is not a very attractive prospect" for entrepreneurs because it is associated with "rules and regulations." Speaking to delegates at a Business Europe event, he said many EU companies are opting to do business with the US or Far East, rather than with the 500 million consumers on their doorstep.

His comments come two weeks after UK Prime Minister David Cameron secured a series of concessions from EU leaders in an attempt to sell the idea of continued British membership of the union against the backdrop of rising Eurokepticism in the country, where Brussels bureaucracy is seen as stifling national sovereignty.

To maximise the performance of the EU #economy we need to reform says Dutch PM Rutte @EU2016NL #businesseuropeday pic.twitter.com/qql7oPgAee

Rutte's calls for reform come just days after a Dutch poll by pollster and entrepreneur Maurice de Hond showed that 53 percent of his own country supporting an In-Out vote over its membership of the European Union — a huge figure for a trading nation which many see as being at the heart of the EU.

"In my discussions with young entrepreneurs from the Netherlands […] I noticed a recurring theme. One that is very relevant for this event. For them, the EU single market is not a very attractive prospect. In fact, they tend to associate Europe with rules and regulations. Often, they are not aware of the opportunities that European cooperation offers. So, when they spread their wings, they look to the US or the Far East, instead of their neighbors.

"These faraway markets seem more relevant, more attractive and easier to break into than the one with 500 million consumers on their doorstep. We should take two lessons from this. Firstly, that the US, Singapore, China and the rest of the world are forging ahead, and they won't wait around for Europe. In an ever more digital and footloose global economy, you need to be alert and act quickly. Secondly, our fantastic single market still needs a major push if we want to exploit its full potential," Rutte said.

His calls for reform come in the week the Swiss Parliament voted by a majority of 126 to 46 to withdraw its long-standing application for membership of the European Union, ending 24 years of debate about joining the union giving backing to campaigners in Britain seeking to leave the EU.

Lukas Reimann of the Swiss People's Party, who proposed the motion — and referring to the current European refugee crisis — said: "It is hardly surprising that the EU looks like an ever less attractive club to join. What, after all, is the appeal of joining a club into which the entire world can apparently move?"