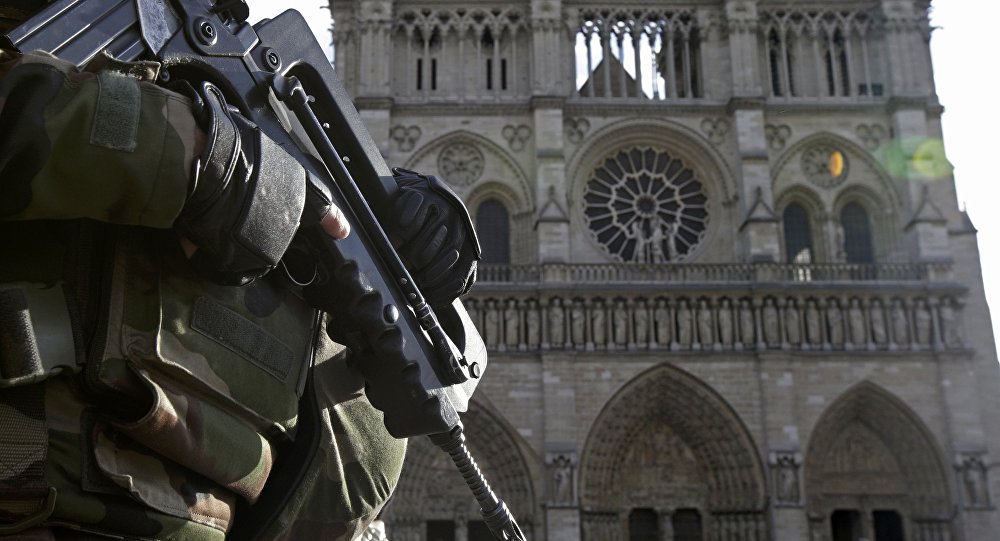 The Council of Europe Anti-Racism Commission (ECRI) is concerned about the high level of race-related crime and the rise of hate speech in France, the ECRI said in a report published on Tuesday.

MOSCOW (Sputnik) — The commission pointed out that the situation in the country was even more worrying taking into account the strong tendency to underreport racist and homo- and transphobic crime, the loopholes undermining the effectiveness of the criminal provisions covering hate crimes and "the commonplace use of political statements to stigmatise vulnerable groups" trivializing racist and intolerant attitudes.

"ECRI notes a substantial rise in hate speech and above all violence driven by racism and intolerance, resulting in several incidents involving attempted murder, particularly in connection with antisemitism," the report reads.

The commission, although commending the "significant efforts" made by the government to combat racism, called on the French authorities to promote a better understanding of issues related to religion and immigration at school and ensure that no legitimate residence application submitted by members of minority groups was turned down.

© REUTERS / PASCAL ROSSIGNOL
Migrants Clash With Police as Authorities Tear Down Calais 'Jungle' Camp
Racism and motives related to sexual orientation and gender identity should be classified as an aggravating circumstance when factors in ordinary criminal offenses, ECRI added.

The anti-racism commission noted an increase in Islamophobic violence in the country and underlined that, despite the fact that the report was drafted before the November 2015 terrorist attacks in Paris, these recommendations remain relevant today.

On November 13, Daesh terrorists carried out a series of coordinated attacks at various locations in the French capital, killing 130 people and injuring over 360 others.

Austria Detains Two on Suspicion of Links to Paris Attacks

Over 30% of French Citizens Fear Int'l Terrorism After Paris Attacks