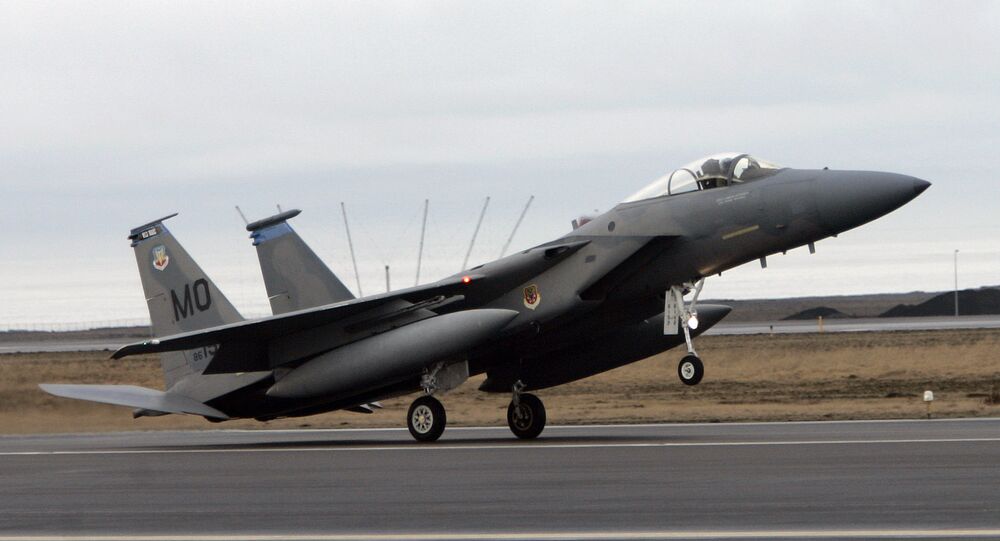 Iceland FM Rules Out Permanent US Deployment to Keflavik Air Base

Icelandic Foreign Minister Gunnar Bragi Sveinsson assured Sputnik on Thursday that the return of the US Navy to Iceland’s Keflavik base would not be permanent and ruled out a Cold War-like standoff with Russia.

© AP Photo / Kirsty Wigglesworth
'Worrisome': US Secretly Plans to Reopen Military Base in Iceland
MOSCOW (Sputnik) — The US Navy has recently requested funds from Congress to upgrade the US Naval Air Station Keflavik, a decade after it left the Icelandic base. The facility will give the US military a vantage point on Russian submarine activities between Greenland, Iceland and Britain.

"We are not talking about any permanent presence," Sveinsson said, adding they had been stepping up military activities at the base for the past two years.

According to Sveinsson, the move to reopen the base was met with a "mixed reaction" from local residents and left-wing parties, such as the anti-NATO Left Green Movement.

The minister stressed, however, that this was "not a new era in the reopening of the base that we saw until 2006." "I don’t think people need to be worried about this," he said.

The Keflavik air base, located near Iceland’s capital Reykjavik, was a NATO transport and interceptor hub at the height of the Cold War. The US Air Force reestablished its military presence there in 1951, following a post-war withdrawal, and was very active in the area until 2006.