'Worrisome': US Secretly Plans to Reopen Military Base in Iceland 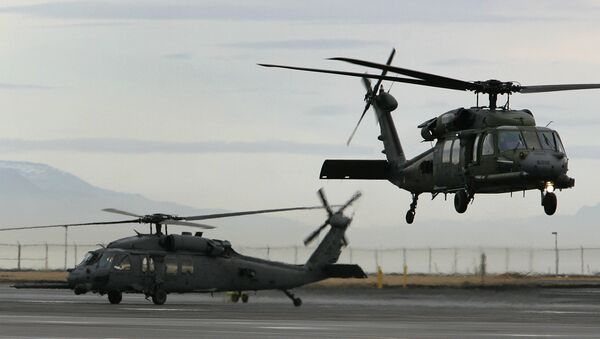 © AP Photo / Kirsty Wigglesworth
Subscribe
International
India
Africa
As a response to the deteriorating relations between Washington and Moscow, the United States will reopen a Cold War-era naval base in Iceland. These plans were kept secret from the Icelandic public, and even the prime minister of the country learned of the deal only through US media reports.

Located near the capital of Reykjavik, the base, originally built during World War II, will be retrofitted to house P-8 Poseidon surveillance planes. News of this arrangement came as a complete surprise to many Icelanders.

"Why did we learn about this from Stars and Stripes, the US military’s media outlet," Fontaine asked. "Even the Prime Minister himself said that he learned about these plans from the news, and that’s highly unusual."

While the US has so far stated that it only plans to upgrade a single hangar, the move makes it likely that the military presence at the base could be greatly expanded in the future.

"The US military has said that they kind of look at Iceland as having the potential to be like their base in Sicily," Fontaine says. "And their base in Sicily has some 4,000 troops and family members and other base workers. I think that calls for worry."

While opposition figures point out the concerns of allowing the US to expand its military presence in Iceland, the government has downplayed the move.

"People in the opposition are saying, 'Hey, this is worrisome. Why are we hearing this from the American military and not from you all?' It’s a very strange way to play things out," he states.

If war were to break out between the United States and Russia, the presence of an American military base would quickly drag Iceland into the conflict.

"A lot of Icelanders are a little bit concerned that this kind of puts us in a situation right now," Fontaine says. "I remember the Cold War, I was in high school through the Cold War, and I remember how these two countries can engage via proxy through smaller parties, and right now we’re the smaller party."

While the base is said to be temporary, history shows that this may not be the case.

"The American military very seldom sends a few guys and then withdraws them," he says. "Especially if it’s at a strategic point, especially during a time when tensions are rising with a potential rival."

"I have very little faith in the word of the American military that they’re just going to send a few guys here and then take them out."