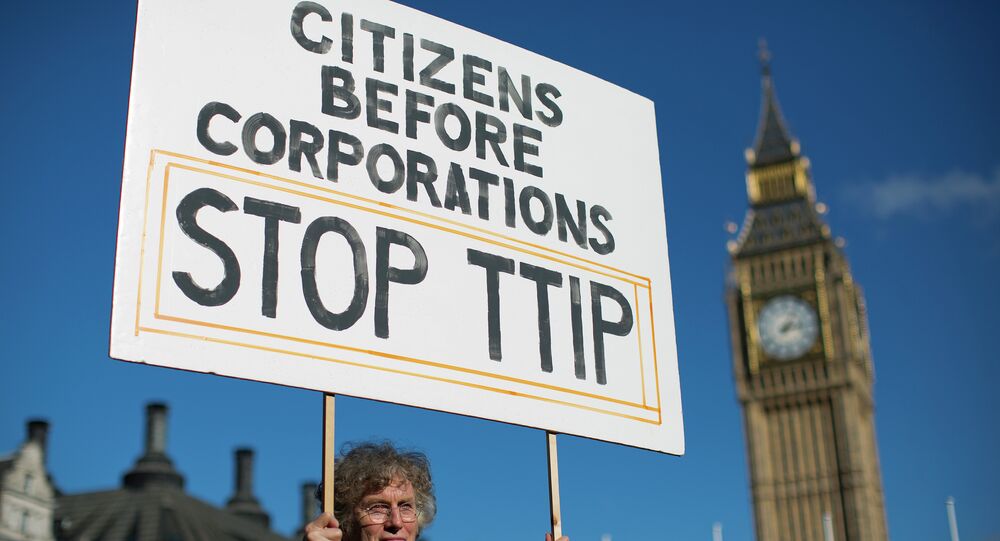 Socialism 'More Popular Than Capitalism' With Brits, Germans, US Youth

One is home to Europe's financial services hub, one was split between economic ideologies for decades, while the other is known as the capitalist beacon of the world, however a new poll has found Britons, Germans and young Americans view socialism more favorably than capitalism.

According to a YouGov survey, the majority of British and German respondents had a more positive view of socialism than its capitalist alternative.

And while respondents in the US overall had a more favorable view of capitalism, young Americans viewed socialism in a more positive light, with results that back up claims that the left-wing ideology is enjoying a resurgence in support among young people.

The poll showed that 36 percent of Britons viewed socialism favorably, while 32 percent viewed it unfavorably, giving it a rating of +4. Capitalism meanwhile, achieved a rating of —6, with 39 percent of people responding unfavorably and 33 percent positively.

Despite having a conservative/social democrat grand coalition in government, the German public appears to be more in favor of socialist principles, with socialism achieving a rating of +19, while capitalism was rather unpopular with a score of —21.

While overall the majority of American respondents had a far more favorable view of capitalism (+25) than socialism (-19), young Americans seemingly reversed the trend, with socialism (+17) scoring net favorability over capitalism (-4) with people aged 18 to 30.

The results coincide with the rise in support for anti-establishment, left-wing candidates in both Britain and the US, with left-wing Labour leader Jeremy Corbyn securing the party's leadership in a landslide last year, while self-described "democratic socialist" Bernie Sanders has been gathering significant support in the US as he challenges Hillary Clinton for the 2016 Democratic Party presidential nomination.

"We have seen recently in the United States how the concept of socialism — for years, a dirty word in associated with Soviet Russia — is enjoying a comeback among the youngest generation. It is translating into a tangible movement in the Democratic primaries and for Bernie Sanders' 'democratic socialist' campaign," YouGov Will Dahlgreen said.

Many commentators believe the fallout from the 2008 financial crisis, and the subsequent austerity measures employed by governments, have been factors in behind the growing support for socialism, while at the same time leading more people to question the value of the current capitalist system.

TTIP will destroy the NHS and our public services, they will no longer be free at the point of use. Capitalism. @Virco0 @disableddaddy

The perception that capitalism and free trade supports large corporations and the wealthy has been demonstrated through the widespread protests to the proposed Transatlantic Trade and Investment Partnership (TTIP), currently being negotiated between the US and EU.

While governments involved in the negotiations say the deal will significantly boost trade and the economies of signatory nations, critics argue that it will hand unprecedented power to large corporations and wash away national sovereignty, along with labour rights and environmental protection measures.