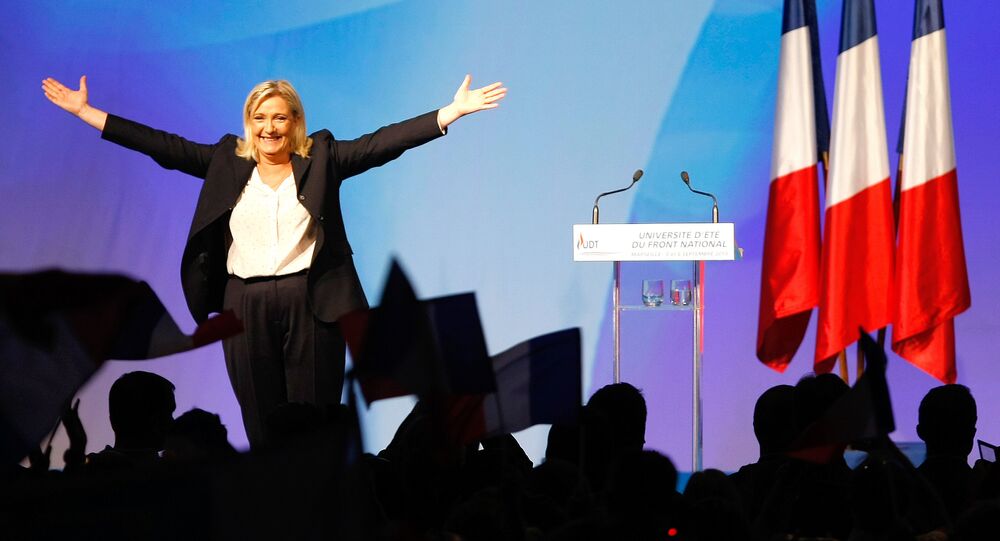 The terrorist group Daesh, also known as ISIL, has threatened to target the French right-wing political Front National political group, led by French presidential candidate Marine Le Pen in a further sign of the group's intention to bring terrorism to the European mainland.

According to the Daesh French language propaganda magazine, Dar al Islam, the leaders of the Front National party are "idol worshippers" who were "the prime targets". The article continues: "The question is not whether France will get attacked again. It is how they will be attacked and when."

Dar al Islam has already carried warnings that the terrorist group will also target schools, but this is the first time the group has specified a particular political party. Le Pen's father Jean-Marie pursued an extremely right-wing agenda as leader of the party for years and Marine has toned down his extremist views, but nonetheless opposes Muslim immigration, putting the party at odds with Daesh.

French politics has become even more polarized since the November 13 attacks — undertaken by radicalized Muslims in the name of the so-called Islamic State — in which 130 were killed and hundreds injured in a series of public shootings and suicide bombs in Paris.

In the French regional elections that followed the attacks, the Socialist Party warned against voting for the Front National as it said the right-wing party, because such a vote would be a cote for Daesh, in that both fomented extremism.

The news comes a week after French newspaper Le Figaro revealed that the number of radicalized Muslims in the country had doubled from 4,015 to 8,250 — largely because of increased intelligence operations since the Charlie Hebdo and related attacks, as well as a massive increase in reporting by schools, universities, worried families and the public.

The French terrorist attacks have caused a whirlwind of change in the French political scene, with a huge rise in support for the right-wing Front National, which damaged the long-standing two-party French political system, dominated by the Socialists and the Republicans.

Marine Le Pen accused the socialist government of Francois Hollande of "negligence and incompetence" over its intelligence failing ahead of the Paris terror attacks on November 13. She accused Hollande's government of failing to tackle the terror threat properly, allowing the free movement of known jihadists on French soil and them buying bomb detonators in Paris unchecked.

Meanwhile, the leader of the Republicans, Nicholas Sarkozy, also stepped into the row, saying: "Why didn't they carry out searches when they had the addresses [of known terrorist suspects]? Why has everything they opposed [stricter security measures] become possible today?" he said.