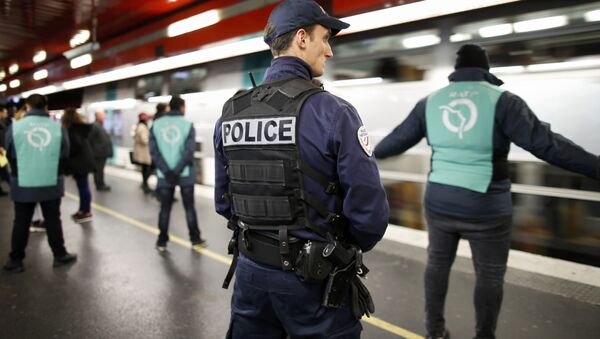 © REUTERS / Charles Platiau
Subscribe
The number of French radicals identified by French security forces has doubled since 2015, and most were located through direct contact rather than an online presence.

The number of radicalized individuals reported to French authorities has doubled since April 2015, a government report cited by Le Figaro stated.

Most of the rise was found to be in Metropolitan Paris, as well as Lyon, Nice, Toulouse and Lille on the Belgian border. Although the number of radicals has increased, most were found through human contact, despite 4,848 websites and social media accounts being found and blocked.

The radicals are "almost never caught through the use of their computer. The trigger is in 95% of cases related to human contact," the report said.

Cash 4 Jihad: Germany Considering Banning Cash Transactions Over €5,000
According to the report, 275 radicals have been banned from leaving France, and another 78 from their immediate department. In addition, 112 individuals were deported from Turkey to France, apparently after attempting to join forces of Daesh and other terrorist groups through the country.

In addition, up to 30 percent of the radicals are women, while as much as a fifth were below legal age, according to the report.

000000
Popular comments
Well when do you arrest them? Or will you use them for another false flag?..