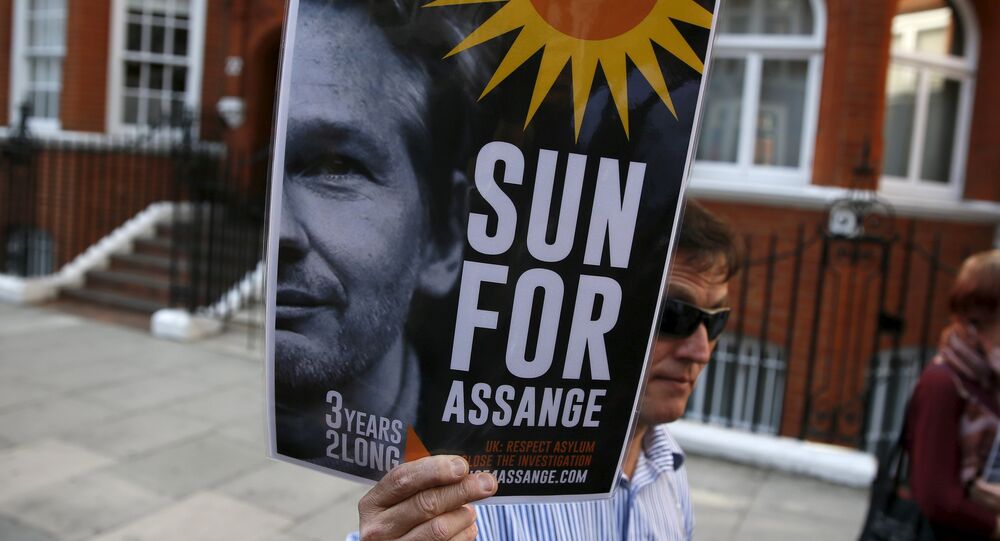 The Office of the United Nations High Commissioner for Human Rights (OHCHR) refused to confirm media reports on Thursday that it had found WikiLeaks founder Julian Assange's detention illegal.

Earlier in the day, the BBC reported that OHCHR’s Working Group on Arbitrary Detention panel had decided in Assange’s favor that detaining him is illegal, meaning that the United Kingdom and Sweden would immediately have to release him and pay compensation.

"The working group is going to issue a statement tomorrow, at 11 AM Geneva time… Before that, there will be no comments, no confirmation," the OHCHR press center told Sputnik.

#Assange: We will release the opinion of UN Working Group on Arbitrary Detentions on Feb 5, 11am CET. We cannot confirm other info today.

© AP Photo / Lefteris Pitarakis
Assange to Accept Arrest, Abandon Appeal if UN Panel Rules Against Him
Assange has been residing at the Ecuadorian Embassy in London since 2012 out of fear of being extradited, first to Sweden where he has been accused of sexual assault, and ultimately to the United States where he could face espionage charges for publishing secret documents through his website.

Wikileak's Assange Could Be Set Free on Friday by UN Decision