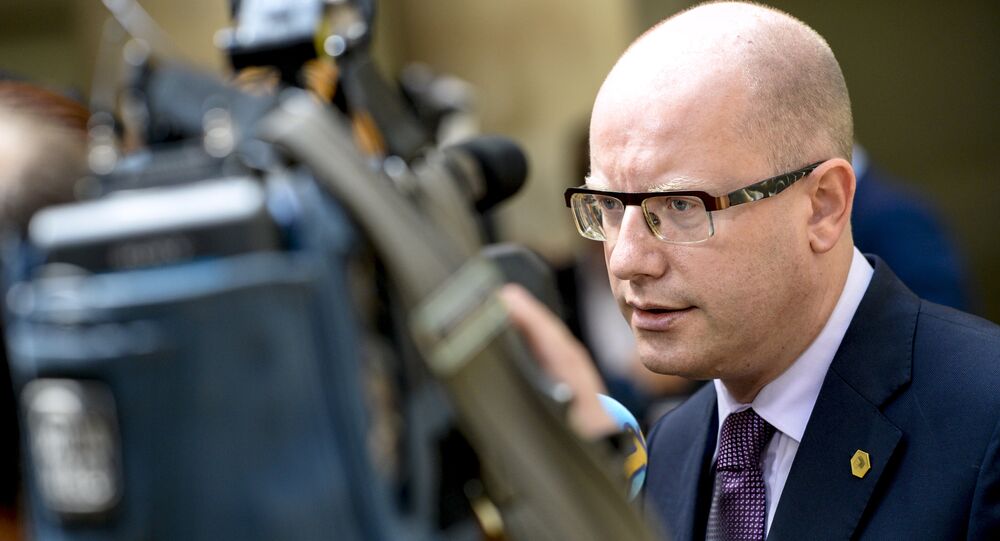 Czech Prime Minister Bohuslav Sobotka to introduce necessary technical measures to control the external EU border on the Bulgaria-Macedonia border, as immigration control in Greece has failed to succeed so far.

"It is necessary to strengthen the protection of the external Schengen border, to create as quickly as possible a joint European border and coast guard. While none of this is operational, it is necessary to establish a kind of an emergency border system on the Bulgaria-Macedonia line," Sobotka told journalists.

Sobotka proposed to introduce necessary technical measures to control the external EU border on the Bulgaria-Macedonia border, as immigration control in Greece has failed to succeed so far.

Pixabay
Tusk: Europe Has 'Two Months' to Control Migration and Save the EU
According to Sobotka, the Czech Republic intends to intensify pressure on partners during the upcoming negotiations on the migration crisis in Brussels with the aim to prepare and implement practical steps to solve the problem.

The Czech prime minister also said Turkey needed to fulfill its obligations on tackling smuggling and refugee influx to Europe, as Brussels and Ankara approved in November a joint plan to counter excessive migration into the bloc, under which EU member states will give some 3 billion euros ($3.2 billion) to Turkey and fast track negotiations for its accession to the European Union.