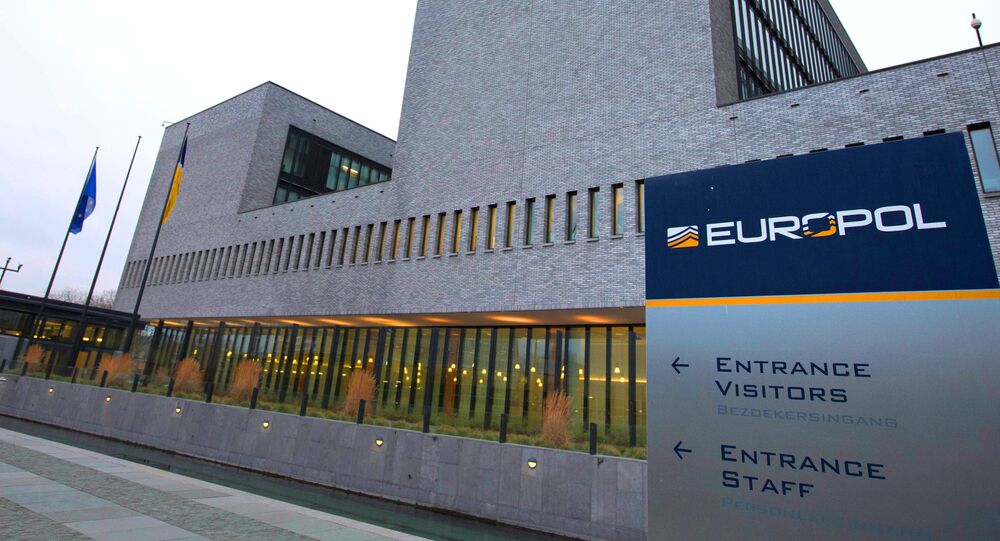 The Netherlands - which currently hold the presidency of the Council of the EU - is pushing for more powers for law agencies Europol and Interpol to counter terrorism after a series of intelligence failures were exposed following the November 13 attacks in Paris.

The Dutch will be pressing for more cooperation between European law agencies at a meeting of the Global Counter Terrorism Forum (GCTF) and Anti-ISIS Coalition meeting in The Hague Monday, including greater intelligence-sharing, particularly in relation to lists of suspected radicalized Muslims.

Although there are already international protocols in place, the Dutch want Europol and Interpol to be able to share a greater amount of intelligence on their databases.

© AFP 2020 / Justin Tallis
From Thailand to UK: Off the Scale Global Terror Threat from Daesh
The news comes as it emerged that Abdelhamid Abaaoud — one of the terrorists who took part in the series of attacks on November 13, 2015 in Paris, killing 130 people and injuring hundreds more — was able to cross from Europe by ferry and meet jihadists in the UK, despite having an international arrest warrant out on him. According to the London Guardian newspaper, photos of British landmarks were found on Abaaoud's phone after he was killed in a raid in Paris just days after the Paris attacks.

Intelligence agencies in Europe are facing heavy criticism that one of the November 13 Paris attackers, Salah Abdeslam, from Belgium, was known to the law enforcement services, yet managed to buy detonators in France using his driving license as proof of identity.

The admission comes amid severe criticism of European intelligence agencies for failing to prevent the attacks, in which 130 died and hundreds were injured, despite having most of the attackers on the radar. The ringleader, Abaaoud was able to return from Syria several times via the migrant route of Greece without being detected.

​There was further criticism of the lack of border controls within Europe — under the Schengen agreement — which allowed Abaaoud and his fellow attackers to travel several times between France and Belgium in the run-up to November 13 and — in Abdeslam's case — following the attacks.

© Flickr / Erik bij de Vaate
Paris Attacks Prompt EU to Create 'European CIA' to Foil Future Terrorism
It has also emerged that French intelligence agents had interviewed a jihadist who had returned from Syria in June 2015 and who said he had met Abaaoud. The jihadist told the officers that Abaaoud discussed soft targets in Paris that would involve mass killings. He spoke of "finding an easy target, a concert for example, where there are [a lot of] people. Imagine a rock concert in a European country, if we gave you arms, would you be prepared to fire into the crowd?" he said.

One of the November targets was the Bataclan music venue where most of the 130 people died. Other soft targets were the Stade de France, where a match was being played, as well as certain cafes and restaurants.