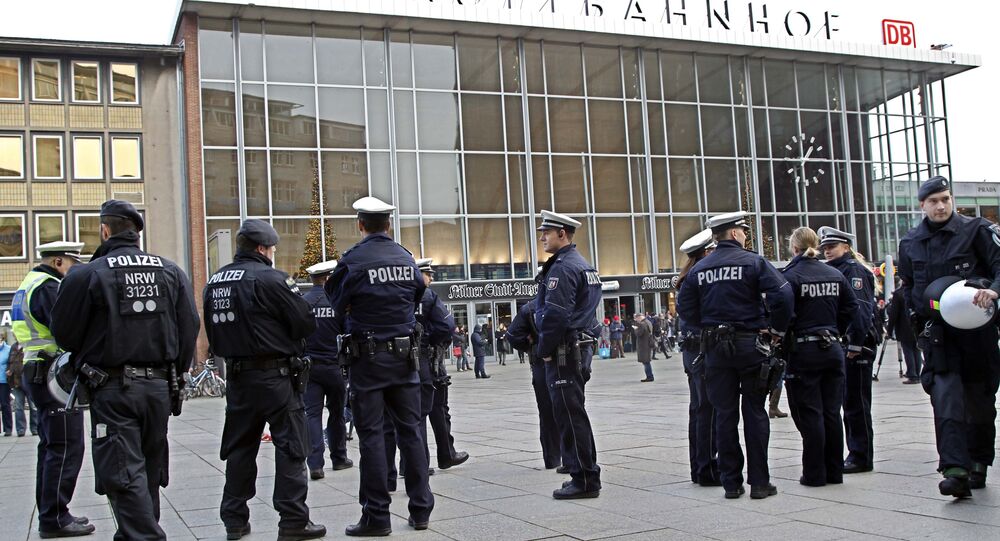 Following the recent spate of sexual assaults and muggings during New Year's Eve festivities in Cologne, 30 percent of Germans are now trying to stay away from public places, an ARD survey indicated.

© AFP 2020 / Markus Boehm / dpa
‘Cologne-Style’ Attacks on Women Reported in Austria, Switzerland
Among women the figure was even higher – 37 percent, compared to 21 percent among men.

Two-thirds of respondents said their behavior would not be affected by the Cologne events.

Meanwhile, Germans have been lining up for means of self-defense with pepper spray balloons selling like hot cakes as people are desperate to feel safe, Die Welt wrote.

“Unlike the prevalent sense of personal insecurity we had only recently, more and more people are now saying point blank that they feel scared for themselves and their near and dear," Helmut Kremser, the owner of a store selling personal defense items in Lower Saxony, told the newspaper.

The victims described the attackers, as gangs of intoxicated Arab or North African men, presumably refugees, between the ages of 15 and 35.