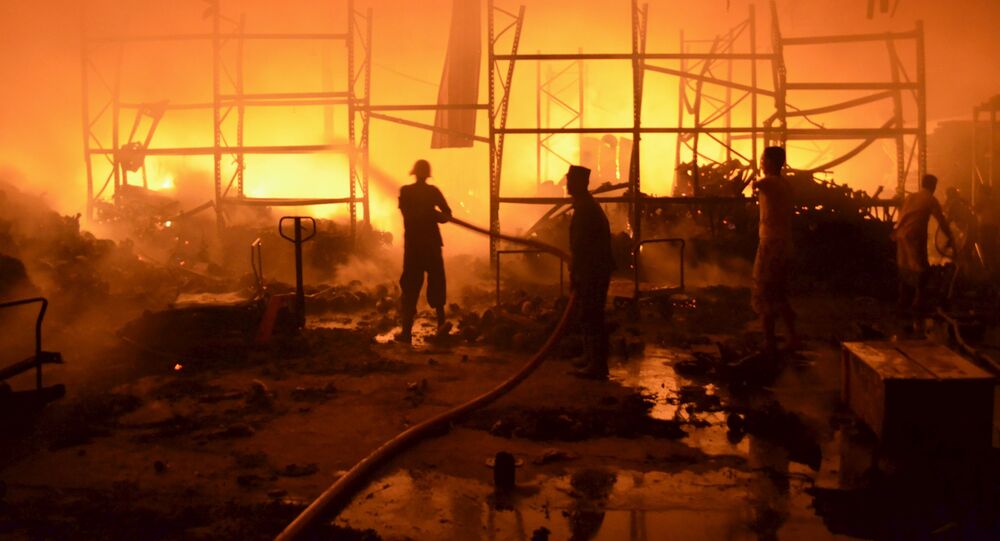 The UK has been accused of directly taking part in the internationally condemned Saudi-led coalition’s military campaign in Yemen, with claims that experts are helping Saudi forces select specific targets to attack.

© Flickr / Defence Images
Could There Be British Forces Assisting the Saudi-Led Coalition in Yemen?
According to Sky News, six British experts are working with Saudi forces to help identify suitable targets for bombings raids in Yemen, sparking fears the UK is complicit in the military campaign, which has claimed the lives of many thousands of civilians and been accused on numerous occasions of committing war crimes.

Britain has already been accused of facilitating the military offensive, given the UK’s extensive sale of arms to the Gulf kingdom.

It has been estimated that more than six thousand civilians have been killed in the nine months of fighting between the Saudi-led coalition and Houthi rebel groups, with the UN accusing the Saudi campaign of being responsible for approximately two-thirds of civilian deaths.

Reacting to the claims, a UK Ministry of Defense (MoD) official said UK personnel were not directly taking part in choosing bombing targets, and were only "offering Saudi Arabia advice and training on best practice targeting techniques".

MOD: "Not directly involved in operations but supporting Saudi forces through pre-existing arrangements and liaison officers in Saudi HQ."

"We support Saudi forces through longstanding, pre-existing arrangements and will consider any new requests."

However, others have been highly critical of the UK’s backing of the Saudis in the conflict, both through political support and the sale of arms, accusing Britain of being complicit in alleged Saudi war crimes.

In a report that accused Saudi forces of breaching the rules of war on 30 occasions in Yemen, David Mepham, director of Human Rights Watch UK, said London’s failure to condemn Riyadh was "deeply regrettable and unacceptable".

"Human Rights Watch has put out numerous reports about what the Saudis are up to in Yemen — that the British are working hand in glove with the Saudis, helping them, enhancing their capacity to prosecute this war that has led to the death of so many civilians. I think it's deeply regrettable and unacceptable."

Shadow International Development Secretary, Diane Abbott, told Sky News the government needed to be more transparent about its role in the Saudi-led conflict in Yemen.

"It is one thing to negotiate with people, it is another thing to be complacent in human rights offences."

"How sure are you that that is going on, because what [Sky News reporter] Sam Kiley has revealed in his report is that there are six British military helping the Saudis with their targeting, but specifically helping them to make sure they comply with international agreements."

"We need to know more about the export licenses; Saudi is a huge purchaser of British arms."

Backing up the MoD’s statement, a UK government spokesperson said: "UK military personnel are not directly involved in Coalition operations, but are supporting Saudi forces through pre-existing arrangements and additional liaison officers in Saudi headquarters."

A case of: To hell with humanity Vs. billions of £pounds in arms trade. #UK #Yemen https://t.co/uDUFAOncXz

"We operate one of the most rigorous and transparent arms export control regimes in the world with each license application assessed on a case by case basis, taking account of all relevant information, to ensure compliance with our legal obligations. No license is issued if it does not meet these requirements."