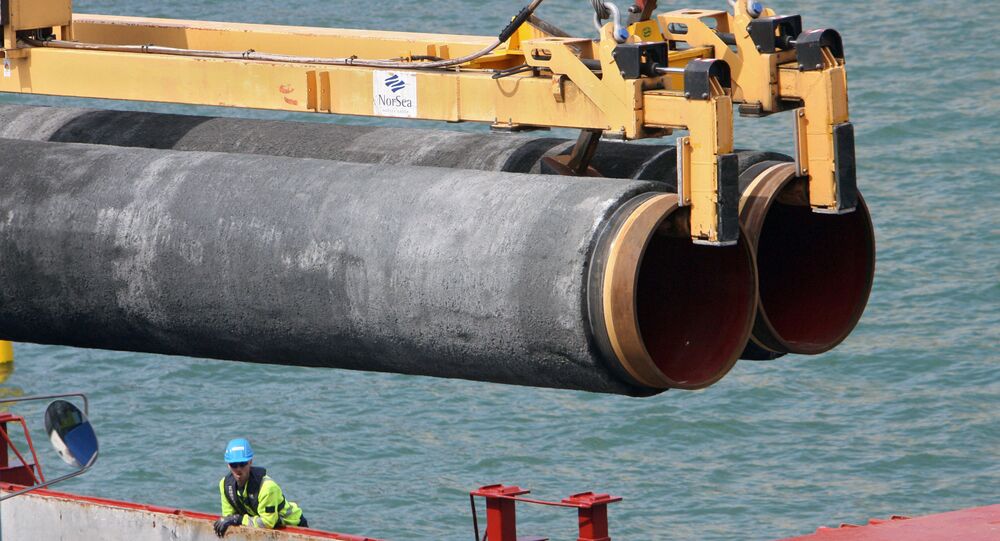 It is difficult to gauge the future of the Nord Stream 2 pipeline, as politicians act inconsistently in discussions of the project, the head of a Gazprom-affiliated gas supplier in the Czech Republic told Sputnik.

He noted that it is difficult to gauge the political situation regarding the pipeline in the Czech Republic because the country's president, Bohuslav Sobotka, gives inconsistent statements regarding the Nord Stream 2 pipeline.

"If Mr. Sobotka meets Merkel and wants to support economic ties with Germany, he expresses one opinion toward the Nord Stream, yet a different one for his own citizens, and a third, carefully expressed one for partners in the Visegrad Group," Kiselka said.

The Visegrad Group is a military and political alliance between the Czech Republic, Poland, Hungary and Slovakia.

Excepting the Czech Republic, the group's countries were among signatories to a recent letter protesting the new pipeline's construction as an "energy security" concern.

"I believe that it is unacceptable to evaluate fateful natural gas projects and correct one's words depending on the day's political situation. And using Ukraine as a weapon against Russia is simply criminal," Kiselka added.

"Wherever we would bring liquefied natural gas from, it would be more expensive than Russian natural gas. An example of this is Lithuania, and the liquefied natural gas processing in Poland's Swinoujscie. Let them tell us how much they have to subsidy gas from Norway. There is no alternative to Russian gas in Europe, which is easily proven with available numbers," Kiselka said.