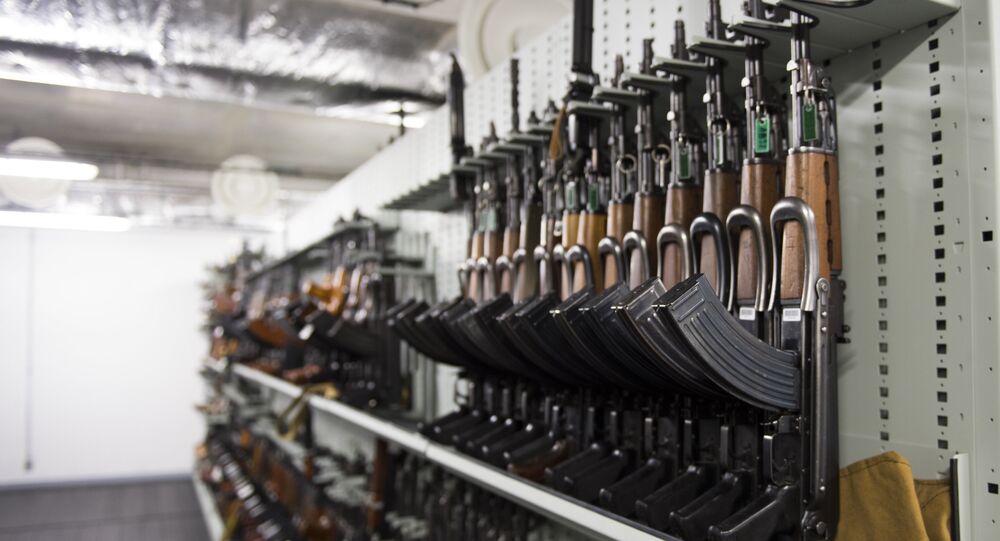 Milojko Brzakovic, head of the Serbian-based enterprise Zastava Oruzje (Zastava Arms), confirmed that some of the firearms used during the terrorist attacks in Paris were manufactured by his company before the breakup of Yugoslavia.

According to Brzakovic, the firearms manufactured in Yugoslavia could have been sold by any of the countries that emerged following the socialist republic’s breakup. He added that no weapon produced by Zastava Arms can be sold without the Serbian government’s permission.

Andreja Savic, former head of the Serbian Security Information Agency, pointed out that it’s hardly surprising that the weapons used during the terrorist attacks in Paris both in January and in November 2015 came from the Balkans.

"The Zastava Oruzje factory, located in the Serbian town of Kragujevac, the most reputable facility of its kind in the Balkans, was the chief supplier of automatic weaponry for the Yugoslav army, just as it is now the primary supplier of said weapons to the Serbian army. There were plenty of weapons at the military depots in Slovenia, Croatia and Bosnia. And if you recall the bloody civil wars fought in the former Yugoslavia in the 1990s, you can easily imagine how these weapons could have been acquired by organized crime groups or terrorists," Savic told Sputnik.

He singled out Bosnia and Herzegovina (BiH) and the Serbian district of Raska and Kosovo as regions especially notorious in terms of weapon smuggling.

"The cult of weaponry is especially popular in Kosovo; you can find all types of firearms there, though there’s no accurate data on the total number of guns and their owners. The Raska district, a region that attracts considerable attention from the Islamic radicals due to its sizeable Bosnian population and links to Bosnia and Herzegovina, is also a potential risk zone; though there’s also no accurate information pertaining to the number of firearms possessed by the population," Savic said.

"And there are many jihadists living in BiH, especially in the Federation of Bosnia and Herzegovina, who either earned their right to settle there due to their past exploits or by marrying into local families," he added.

Professor Milan Pasanski who works for the Belgrade-based Study of the International Terrorism Forum, shared his opinion.

"The Islamic radicals have training facilities in Bosnia and they also definitely have sizeable stockpiles of weaponry there. It would be logical to assume that some of these groups sell their weapons or provide them to their fellow believers in exchange for funding and logistical support needed to carry out terrorist attacks," Pasanski told Sputnik.