On the day UK Prime Minister David Cameron outlined to parliament the case for joining the US and others in bombing ISIL in Syria, the ex-chief of Britain's intelligence arm MI6 has warned that surveillance powers remain crucial as the terror threat rises.

Two-and-a-half years after ex-CIA contractor Edward Snowden revealed the extent of mass surveillance by the US National Security Agency (NSA) and Britain's GCHQ, Sir John Sawers, former head of MI6, says the terror threat is higher now than when he was in post.

Threat level in the UK remains at SEVERE (level 4 of 5). MI5 — The Security Service https://t.co/u3y5RE6UdU

Sawers was highly critical of Snowden for revealing the mass gathering of communications data in 2013, telling lawmakers:

"The leaks from Snowden have been very damaging, they've put our operations at risk. It's clear that our adversaries are rubbing their hands with glee, al-Qaeda is lapping it up."

In the aftermath of the leaks the UK, the US and many other countries were forced to change legislation to tighten up on the oversight of their countries' snooping agencies. 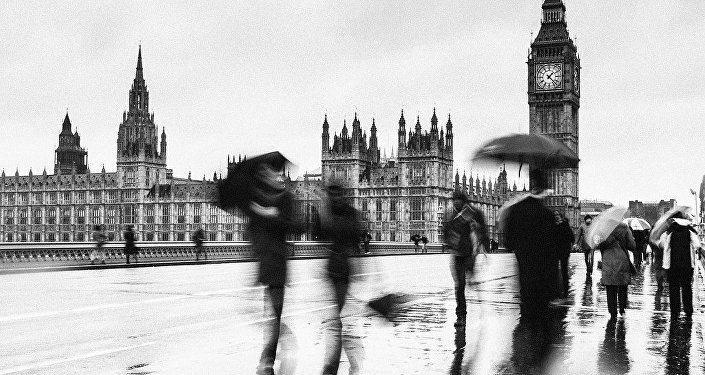 In the UK, after a public outcry, the government was forced to pass emergency legislation, under the Data Retention and Investigation Powers Act (DRIPA) to maintain existing powers to allow MI5, MI6 and GCHQ to track communications data, including phone and internet traffic data, following a European Court of Justice ruling on data retention.

But the act included a termination clause that ensures the legislation falls at the end of 2016 and the next government will be forced to look again at these powers between now and 2016.

However, Sawers says the terror threat is now much higher and backed the proposed Investigatory Powers Bill (known as the Snoopers' Charter), due to replace the DRIPA.

Following the terror attacks in Tunisia, Paris and the increasing threat from ISIL, UK chancellor George Osborne announced that he was increasing spending on cyber security to US$2.9 billion (£1.9bn) by 2020, appointing 1,900 new staff across the three intelligence agencies and the first National Cyber Center, which will be home to the country's first dedicated 'cyber force'.

Surreal: The UK wants to violate citizens' rights, then require they pay for the pleasure. https://t.co/39bBJyisLk

Since the Paris attacks on November 13, there have been calls for the UK Government to fast-track its Investigatory Powers Bill through parliament as soon as possible, with public opinion swaying behind it.

Sawyers said fast-tracking was not necessarily a major issue, but replacing DRIPA and continuing its existing powers would follow in due course.

"The existing legislation [DRIPA] exists until the end of next year. It's got a sunset clause at the end of 2016, so the new legislation has to be passed by then. I don't think it makes material difference if it's passed in March or September. There aren't new substantive powers in that bill. It states the existing powers much more clearly for the intelligence services," he said.