German Chancellor Angela Merkel is facing increasing internal pressure over the country's open door approach to the refugee crisis, with German EU Commissioner Gunther Oettinger saying Berlin should change its asylum law, which is acting like a "magnet for refugees." 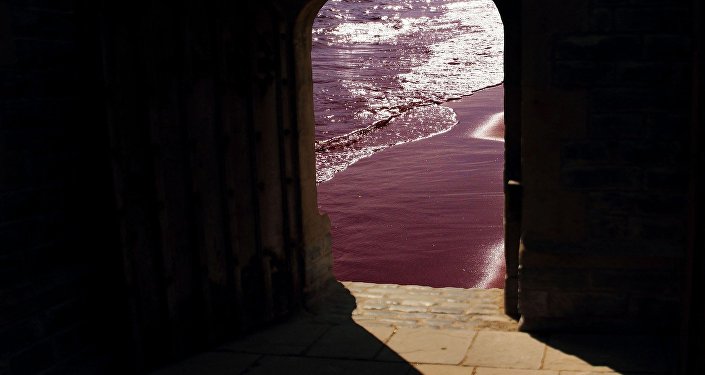 Pixabay
Merkel's Refugee Open Door Policy Comes Back to Bite Her
In an interview with Handelsblatt, Oettinger said that the influx of refugees into Germany would not stop unless changes were made to the country's liberal asylum laws, with calls to place a limit on the number of people who have the right to stay in Germany.

"Changing the constitution would be necessary in order to establish new rules on asylum," he said. "As long as this isn't done, there is only one other alternative — aid to the tune of millions to Turkey and other states."

Oettinger, who is a member of Merkel's CDU party, said Europe needed more resources to better protect its borders.

"We need a capable border control authority in Europe. We need 5,000 border officers instead of 500."

Oettinger's comments comes amid significant criticism of Merkel's handling of the refugee crisis, with many arguing that the country simply cannot cope with the amount of refugees it is receiving.

German family minister Manuela Schwesig said Germany could not continue to accept refugees at the same rate as it has been over the past few months, saying the country needed a "breather."

This followed a very public dressing down by Horst Seehofer from Merkel's junior coalition party, the CSU, who called for an upper limit to the numbers of refugees Germany can receive.

While the government officially expects to receive up to one million refugees this year, others suggest the figure could be as high as 1.5 million.

Despite the criticism, Merkel stuck to her guns in an address to the Bundestag on Wednesday, echoing her slogan in regards to the refugee crisis: "We can do it."

On refugees Merkel still looking for burden sharing. 'Not acceptable for some countries to say this is not their problem.' #Merkel

Merkel called for EU-wide solidarity on the issue of refugees, and reiterated her preference for refugee 'hotspots' to be built in the bloc's peripheral countries, like Greece, where most people lodge asylum claims on their arrival.

The hotspots would be designed to act as more efficient processing centers to allow for quicker resettlement of refugees throughout EU member states.

"60% of Germans believe that no other politician in GER could do a better job on #refugees and #terrorism.” https://t.co/gG5Ibls6o3 #Merkel

However, in a call aimed at other EU leaders, Merkel said that countries like Greece would be unwilling to invest in processing centers, unless it was sure that fellow members were willing to be involved in refugee resettlement.

"Only when the inner-European solidarity has been secured would [a country like Greece] pursue building these hotspots," Merkel said.

While not mentioning the introduction of upper refugee limits in her Bundestag speech, Merkel did hint at Germany's efforts to reduce the numbers of people entering the country.

"We expect that those who are denied asylum after the normal civil procedures leave the country, so those who need our protection get it," Merkel said.