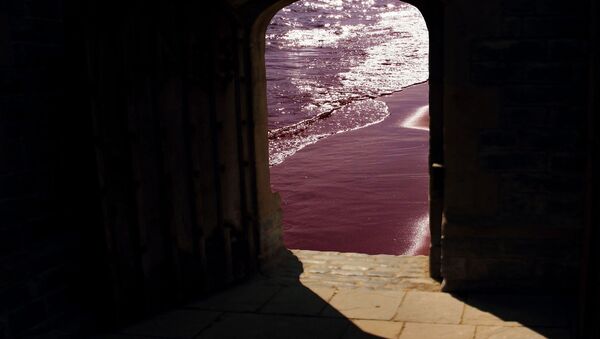 German Chancellor Angela Merkel is due to have dinner Wednesday with French President Francois Hollande amid calls in France for the closure of Europe's doors to new arrivals in a further sign of Merkel's isolation.

Merkel has come in for fierce criticism over her declaration in the summer that Germany's doors were open to Syrian refugees, sparking the biggest mass movement of people in Europe since the Second World War.

Numbers of refugees arriving in Germany shows no sign of slowing:,180,000 have arrived so far in November despite colder weather#migrants

Hundreds of thousands of Syrian refugees previously living in camps in neighboring countries went on the move across Europe, with hundreds dying trying to cross the Mediterranean in unstable boats to reach Greece and Italy, which both became overwhelmed by the masses.

After controls were placed on the Mediterranean, hundreds of thousands began using the West Balkans route, causing chaos in both the Balkans and Eastern Europe. The crisis has led to border controls being imposed in contravention of the Schengen agreement and is threatening the whole basis of the EU's freedom of movement policy.

.@JunckerEU @Europarl_EN "If spirit of Schengen leaves us we lose more than #Schengen.We have to safeguard Schengen" pic.twitter.com/ZsG5bQ6LvW

"We cannot receive more refugees in Europe. It is not possible. If we do not do that, then the people will say: it's over with Europe."

The significance of the words will not be lost on Merkel, who is being forced into a U-turn on her open doors policy at home and on her refusal to put a limit on the numbers her country will accept.

She has spent months declaring that — constitutionally — Germany's refugee policy does not have an upper limit.

However, following a 13 minute lambasting on the issue by her coalition party partner and Bavarian Minister-President Horst Seehofer in front of his CSU party's annual congress, there are signs that Merkel is about to backtrack.

Her position was not helped Tuesday when Sweden — another country which has declared itself open to Syrian refugees — slammed the door firmly shut on new arrivals with the country's Prime Minister, Stefan Löfven saying:

"We need respite. It pains me that Sweden is no longer capable of receiving asylum seekers at the high level we do today. We simply cannot do any more."

As Merkel and Hollande sit down for dinner, the Paris-Berlin axis may be under strain, as the German leader faces criticism at home and abroad for her open doors policy and now faces its closest ally in Europe calling for the EU's doors to be firmly shut.