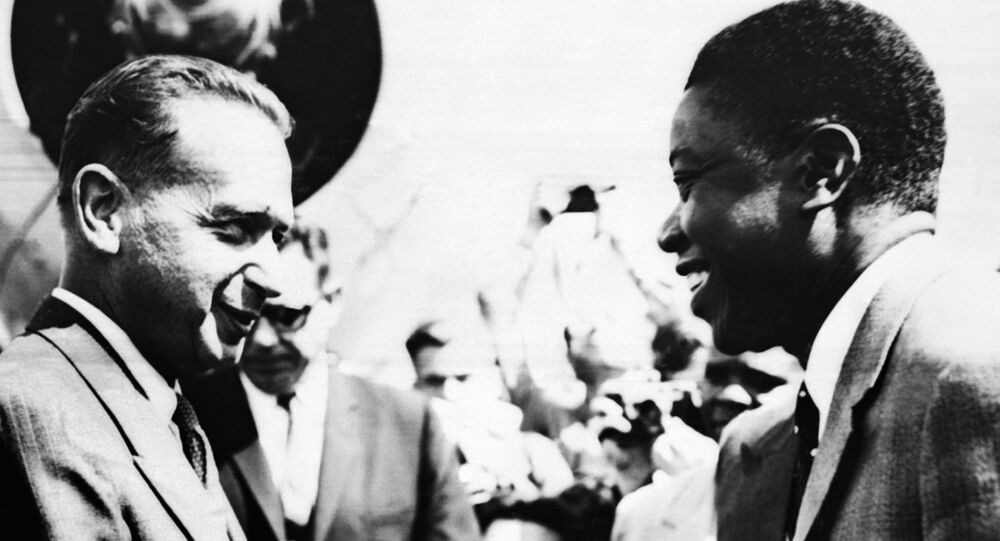 UK, US Pressed to Release Documents Into Mysterious Death of UN Sec-Gen

The United Nations has increased pressure on Britain and the US to release secret documents relating to the mysterious death of former UN secretary-general Dag Hammarskjöld, who was killed in a plane crash in 1961.

Hammarskjöld, who was the UN's second secretary-general, died on either the 17 or 18 of September in 1961, when his plane crashed near the city of Ndola in the former British protectorate of Northern Rhodesia, now known as Zambia.

The 56-year-old Swede was en route in the middle of the night to try and negotiate a ceasefire deal in the then Republic of the Congo, which had proclaimed independence from Belgium.

After years of mystery, a UN panel in July uncovered new evidence suggesting Hammarskjöld's plane may have been attacked, and that potential confirmation of such claims may be hidden in secret documents.

The only kind of dignity which is genuine is that which is not diminished by the indifference of others. — Dag Hammarskjold

The panel spoke to witnesses who testified seeing more than one aircraft in the air as it approached Ndola, which seemed to back "convincing evidence" in a 2013 report by a separate commission that suggested the plane was shot down as it prepared to land.

Many investigating the incident have noted significant European opposition to Hammarskjöld's anti-colonial stance at the time, sparking theories about who may have been responsible for any potential attack on the plane.

Following the fresh evidence in July, current UN secretary-general Ban Ki-moon called on all states to release any secret information or classified documents on the matter, however Britain and the US ignored the request.

Without singling out any states, Ban reiterated his call for countries to release information they have that might help in solving the mystery.

"The Secretary-General is grateful to Member States for their cooperation thus far.  However, some of the Panel's requests for information have not been conclusively answered," Ban's spokesperson Stephane Dujarric said.

"There is a possibility that unreleased material relating to the crash of flight SE-BDY on the night between 17 and 18 September 1961 may still be available. Therefore, the Secretary-General again urges all Member States to disclose, declassify or otherwise make available all information they may have in their possession related to the circumstances and conditions of the crash."

The investigation into the former secretary-general's death is continuing, with UN officials looking to pass a resolution demanding member states to be more cooperative on the matter.