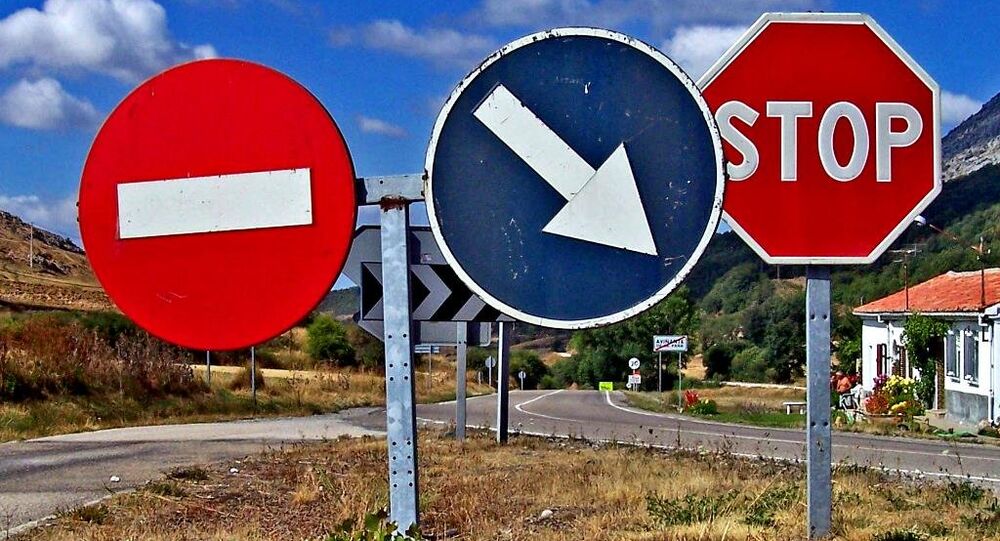 At a time when the EU is relying on Turkey to try and stem the flow of refugees into Europe, Brussels' relationship with Ankara has been placed under more strain with the release of a European Commission report criticizing the state of Turkish democracy and human rights.

The EC report, released as part of a yearly analysis on the status of prospective EU states, was heavily critical of the current government under President Recep Tayyip Erdogan, saying "there was significant backsliding in the areas of freedom of expression and freedom of assembly."

While praising Turkey for housing many Syrian refugees during the recent crisis, the EC drew attention to concerns in other areas of Turkish life, saying there was "an overall negative trend in the respect for the rule of law and fundamental rights," with particular concerns over possible human rights breaches during the recent violence with Kurdish activists in the country's southeast.

Among other major concerns included the lack of progress made to establish an independent judicial system.

The country has come under criticism in recent times over claims that Turkish officials were cracking down on the country's media and limiting the freedom of speech of citizens, with commissioners saying they were alarmed by Turkey's "latest police investigations against journalists, writers, and social media users."

The release of the report comes at an interesting time for EU-Turkish relations, with EU leaders recently meeting for talks with officials in Ankara to try and secure Turkish support to stem the flow of refugees into Europe.

It's thought that in response to Turkish support, the EU will fast track talks regarding Turkey's possible accession into the bloc.

However, there are concerns that the scathing report will halt EU attempts for Turkish cooperation on the matter.

While highly influential German Chancellor Angela Merkel publicly pledged her support to restarting EU-Turkey membership talks, Berlin, along with others, remains skeptical of Turkish EU membership, with the release of the recent EC report seemingly quashing Turkish hopes of EU accession in the near future.

With many undecided on what approach Brussels should take in regards to Turkish relations, the situation resembles similar incidents of division and indecision experienced by the bloc earlier this year.

The Greek debt crisis over the summer has been credited with opening the cracks and divisions inside the EU, as Eurozone countries squabbled over the appropriate course of action to take.

While Germany floated the idea of expelling Greece from the Eurozone and led the charge calling on Alexis Tsipras' government to accept harsh austerity measures as part of a new bailout deal, others such as France and Italy were much more sympathetic to Athens, and expressed their anger at Berlin's direction.

These wounds were widened by the refugee crisis, which saw huge amounts of people enter Europe from war-torn and poverty-stricken countries in the Middle East and Africa.

© REUTERS / Alexandros Avramidis
A migrant woman holds a baby inside a large tent set by NGOs, as refugees and migrants wait to cross Greece's border with Macedonia near the Greek village of Idomeni, September 26, 2015

While Germany and Sweden pushed for the bloc to come to an agreement on refugee quotas, other countries such as Hungary and Denmark pushed against the proposals and refused entry to many migrants and refugees.

The failure of EU states to come to an agreement over these issues has raised more questions over European solidarity and the legitimacy of the bloc. As these debates continue, the Turkish issue has the potential to open up fresh divisions inside the EU.

Turkish EU Bid Must Be Viewed Separately From Migration Crisis