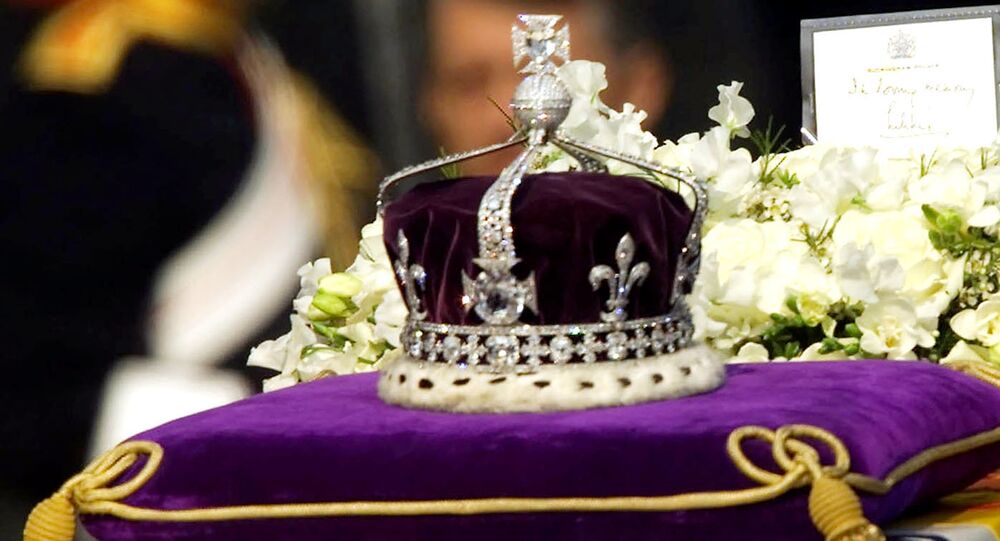 Bollywood stars and businessmen in India are calling for a diamond, worn by Britain's Queen Mother, first at the coronation of her husband King George VI and then at Queen Elizabeth's coronation, to be returned to India.

The group called "Mountain of Light" after the stone, have instructed British lawyers to begin legal proceedings in London's High Court for the return of the Koh-i-Noor diamond.

The #Kohinoor should come back to India. Even if it needs to be shared with Pakistan.

They claim the 105-carat diamond mined in India around 800 years ago was stolen "under dubious circumstances" and are demanding the British government give it back.

The stone is "one of many artefacts taken from India under dubious circumstances," said David de Souza from India's leisure group Titos. Speaking to London's Sunday Telegraph, de Souza added:

"Colonization did not only rob our people of wealth, it destroyed the country's psyche itself. It brutalized society, traces of which linger on today in the form of mass poverty, lack of education and a host of other factors."

The diamond is on public display at the Tower of London. According to legend, the stone can only be worn by God or a woman — if a man wears it, he will meet an unfortunate end.

In 2013, British Prime Minister David Cameron defended the UK's right to keep the jewel saying he did not believe in "returnism".

Bring #Kohinoor back, esp. after historian Andrew Roberts comment! Summary of my understanding: Its the development tax India should pay UK.

The claim, according to lawyers, will be made under the common law doctrine of "trespass to goods" — and has been rejected by the British government.

Return Koh-i-Noor to the People of India - British MP

The Oldest Prince of Wales in British History: Charles turns 66

Royals: More Than a Fairy Tale