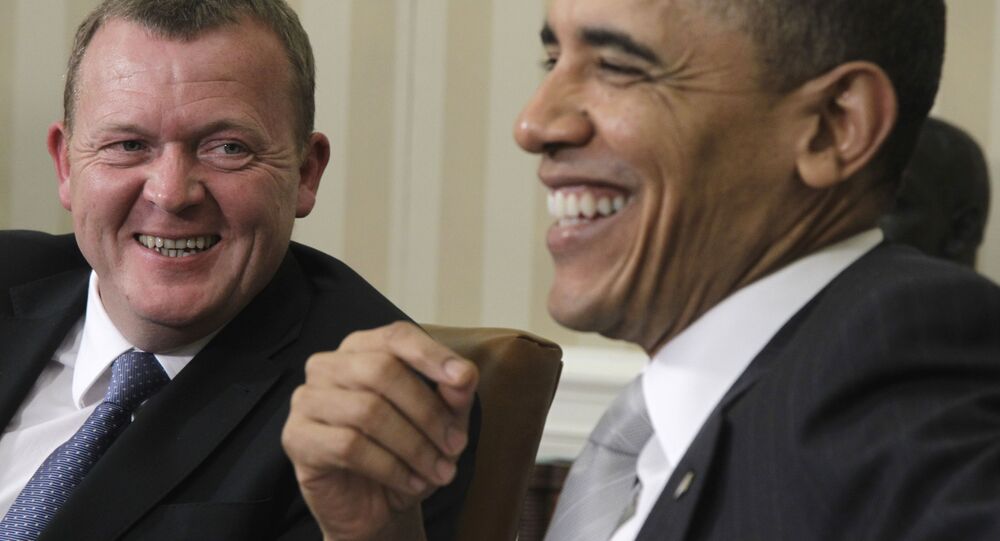 Following last week's decision by the European Parliament to pass a resolution calling on EU member states to grant Snowden protection as a "human rights defender", two Danish political parties — The Alternative and the Red-Green Alliance — proposed a vote in Danish parliament on whether Denmark should offer Snowden asylum.

''No asylum for 'criminal' #Snowden'' said #danish PM. Someone should tell him that he's not coming from war zones! #xenophobia (1/2)

However, when asked about the matter in parliament, PM Rasmussen, from the center-right Venstre party, said he didn't believe there were any grounds for Denmark to get involved in the matter.

"I have a very hard time seeing what the reasoning would be for parliament to pass a special law taking the extraordinary step of offering an American citizen political amnesty in Denmark," he said.

"He [Snowden] is sought for a series of legal violations […] and the US is a democratic constitutional state."

The idea to hold a vote on asylum for Snowden follows a similar attempt from Alternative party politicians last year, who also received a similar response from then Social Democrats Prime Minister Helle Thorning-Schmidt.

The fact that neither of Denmark's major parties support such a move means it is unlikely to eventuate.

Rasmussen said he had faith in Washington's pursuit of Snowden, despite widespread criticism from the public, and now European Parliament politicians, who have suggested the former NSA whistleblower should be given immunity from any charges as he uncovered widespread governmental surveillance and malpractice.

"It is about whether you have confidence that the US authorities can deal with it in a way that respects human rights and gives him a fair trial, and I was born with the assumption that it can," Rasmussen said.

Many civil rights activists have argued that many countries have been warned from supporting Snowden, who has been living in asylum in Russia since 2013, due to pressure from US officials.

Despite the opposition from the political establishment, a majority of European Parliament politicians voted in favor of a resolution calling on EU states to grant the whistleblower protection, which Snowden himself described as a "game changer" and a "chance to move forward."