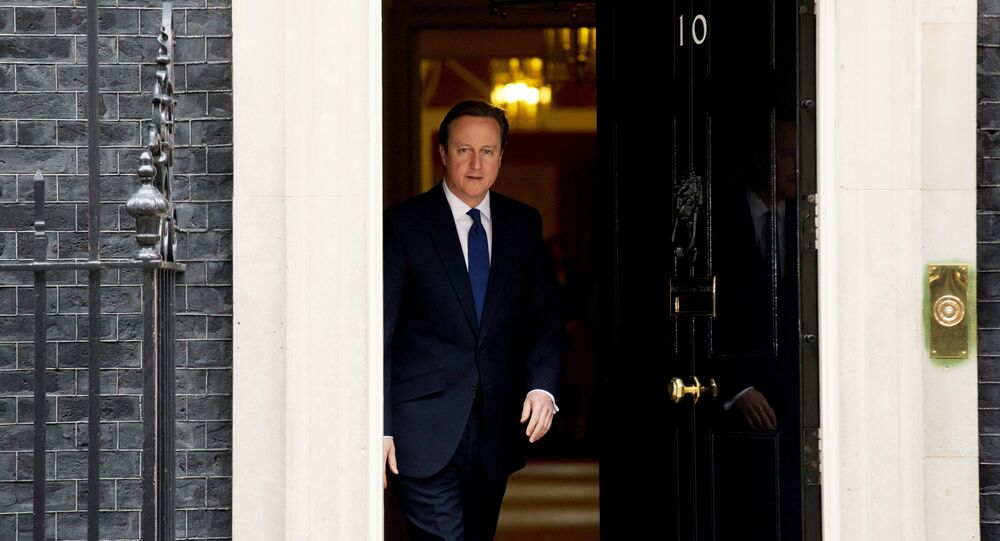 Cameron Paints Himself Into a Corner Over Syria

UK Prime Minister David Cameron has dug himself into a political hole over Syria, having initially lost face after being defeated by parliament over bombing President Bashar al-Assad's troops and now backpedaling over bombing ISIL.

Cameron's standing on the global political stage took a huge hit when the House of Commons defeated a motion to join the US and launch as assault against Assad's armed forces in 2013. The defeat left Cameron sidelined and forced US President Obama to step back from putting the same idea to Congress.

Report on the possible extension of UK airstrikes against #ISIL into #Syria published by @CommonsForeign https://t.co/53uiDG4biQ

Two years on, Cameron has once again been forced onto the back foot — this time over bombing ISIL in Syria. A senior group of British lawmakers has counseled against taking any military action in Syria, instead proposing greater diplomatic efforts to defeat ISIL.

The report by the House of Commons Foreign Affairs Committee — dominated by Cameron's own Conservatives — said there was no appetite for further military interventions, in a sign that British public opinion is deeply divided over previous incursions into both Iraq and Libya.

Hmmm, just tried to send a message to my MP re bombing Syria. Was told there's no MP for my address. Guess who my MP is? @David_Cameron

The committee report said: "In September 2014, the House [of Commons] agreed to a motion authorizing airstrikes against ISIL in Iraq, on the basis that these would not be extended to Syria without further Parliamentary approval. The legacy of the Government's unexpected failure to win a 2013 parliamentary vote on airstrikes in Syria against the Assad regime following its use of chemical weapons loomed large over that motion, as it does over the current debate.

"In September 2015, the Foreign Secretary [Philip Hammond] revealed the Government's anxiety about bringing proposals for airstrikes in Syria to Parliament again: 'We think there are arguments for it, but we are clear that we require parliamentary authority. We will only bring such a proposition to Parliament when we are confident that the circumstances and the evidence that we can bring forward in support of our request are likely to find favour in Parliament.' "

The report concluded that:

"We believe that there should be no extension of British military action into Syria unless there is a coherent international strategy that has a realistic chance of defeating ISIL and of ending the civil war in Syria. In the absence of such a strategy, taking action to meet the desire to do something is still incoherent."

The fact that such a senior group of lawmakers has rejected flatly the idea of bombing ISIL in Syria puts Cameron in a difficult position, as he [and parliament] has sanctioned bombing ISIL in neighboring Iraq.

The lawmakers are fully aware that public opinion in the UK is divided over British military interventions in the past. The decision by Tony Blair to join US President George W. Bush in the invasion of Iraq in 2003, which led to the toppling of Saddam Hussein, who had been president since 1979, has proved deeply controversial.

The inquiry into that decision — and the consequences of it that left Iraq in turmoil for years thereafter, and contributing to the destabilization of the region — has yet to report, but many believe it will be critical of the former prime minister, who faced some of the biggest anti-war demonstrations against the invasion ever seen.

Similarly, Cameron has faced criticism over his decision to join western allies in the bombing in Libya to topple Muammar Gaddafi, leaving the country in crisis for the last four years. The country currently has two proxy governments and is ravaged by warring between different militia groups.