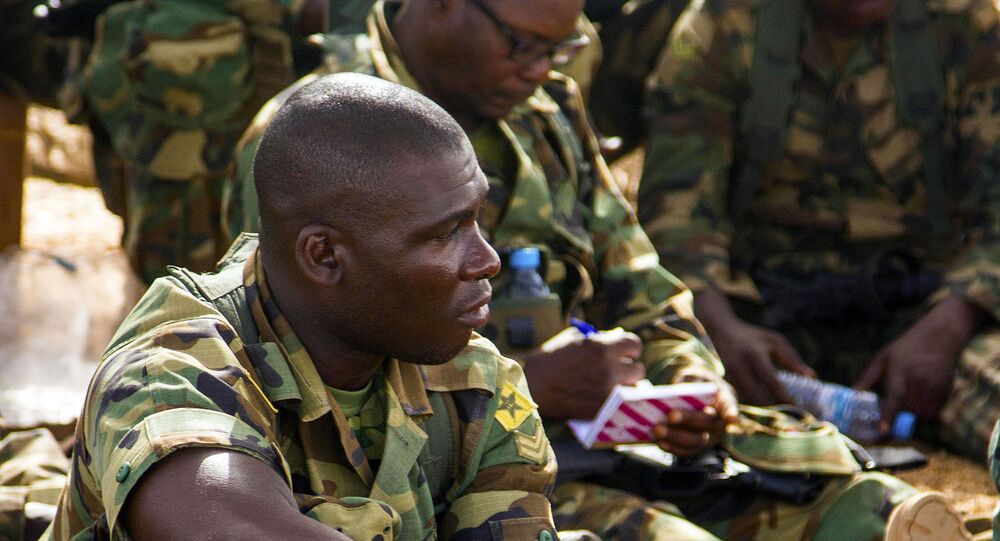 A new racial scandal seems to be brewing in Estonia where black NATO officers complain of being insulted by locals demanding they “go back to Nigeria.”

The incidents have been reported by Chief of Staff of Estonian Air Force, Colonel Jaak Tarien, on his Facebook page, where he said that he was
“embarrassed and ashamed” of the behavior of his countrymen.

© Flickr / Ruben Alexander
Dysfunctional Relationship: Defective Eurofighters Describe NATO’s Attitude Toward Baltics
A number of NATO officers are currently on a joint training mission in the city of Tapa "to reassure NATO allies and partners of America's dedication to ensuring peace and stability in the region."

Tarien watched a training exercise on Wednesday involving US A-10 jets and troops from Estonia, the United States and Germany, at a training range in the city of Tapa.

He asked the US troops how they were feeling in Estonia, receiving an answer that the country is beautiful, Estonians are proud of their nation, buildings are well maintained and the streets are clean. The only complaint is that some are being treated badly when venturing outside of the barracks for some rest, even though they are there on a mission to help and support their country.

© REUTERS / Ints Kalnins
Scramble for the Baltics: Main NATO Members Seek Own National Interests Under Disguise of Protecting Region From Russians
“I asked for more details and I received information that those allies, who have slightly different skin complexions to the locals, often have to endure verbal and sometimes also physical attacks in Tallinn,” Tarien said.

“I could have beautifully explained this disgrace by using typical excuses of our recent difficult past… but I was not in the mood to do so. I said that I, as an Estonian, am ashamed that such things are happening in our country. My colleague answered that he is ashamed that similar things are happening around the world. Even though he wanted to soften the situation with his remark, he made me feel even worse,” Tarien added.

PAUL NADOLSKI/US ARMY
West Helps Baltic States… by Providing Cleaning Jobs at NATO Bases
He also said that a blind hatred towards strangers is turning Estonia into a weak and isolated country. And unprovoked attacks on people who are quietly standing at the entrance to a hotel or any cries of “go back to Nigeria” to a quiet group dining in a restaurant are attacks on people who have come to defend the independence of their country.