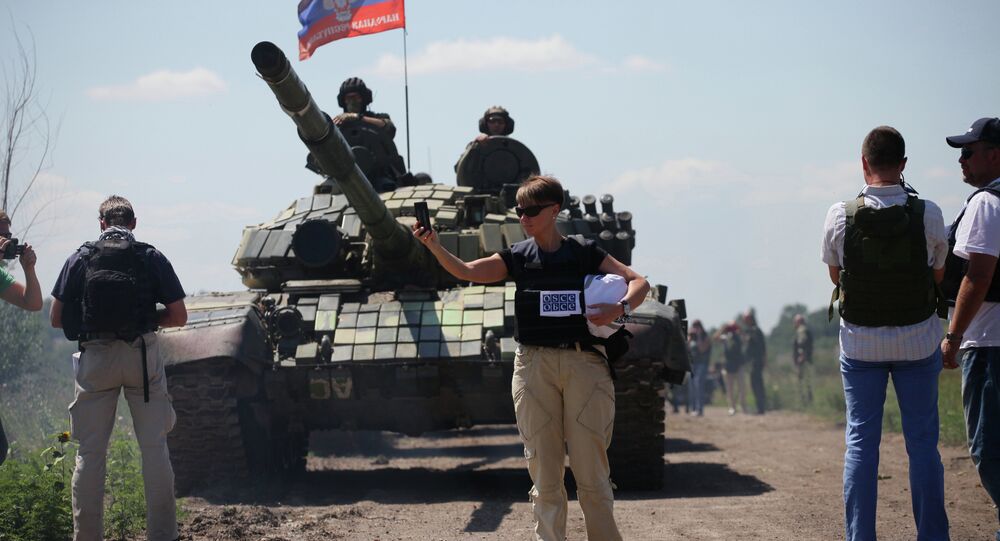 The agreement on the withdrawal of arms is an important step in resolving the conflict in Ukraine’s Donbass Region, German Foreign Minister Frank-Walter Steinmeier said while attending the UN General Assembly in New York.

BERLIN (Sputnik) — Participants of the Contact Group on Ukraine signed Tuesday an agreement on the withdrawal of tanks and weaponry with a caliber of under 100-mm from a separation line between Kiev-led forces and Donbass militia in eastern Ukraine.

"This is good news from Minsk. Withdrawal of weapons, which was finally agreed today, is an important step for the preservation of a ceasefire in the east of Ukraine, I highly welcome it," Steinmeier said, as cited by the foreign ministry’s website.

The new arms pullout deal is expected to be added to the package of Minsk peace accords, agreed on February 12 between the leaders of the Normandy Four, which includes Russia, Ukraine, France and Germany.

“For months, including at the last meeting of the Normandy Format foreign ministers, we constantly worked on the development of this matter,” Steinmeier said adding that other points of the Minsk deal require implementation as well.

The leaders of the so-called Normandy Format are expected to hold a summit in Paris on Friday. According to Steinmeier, the upcoming summit is a rare opportunity to substantially move forward in the resolution of the Ukrainian conflict.

Normandy Four to Discuss Withdrawal of Weapons Under 100mm Caliber