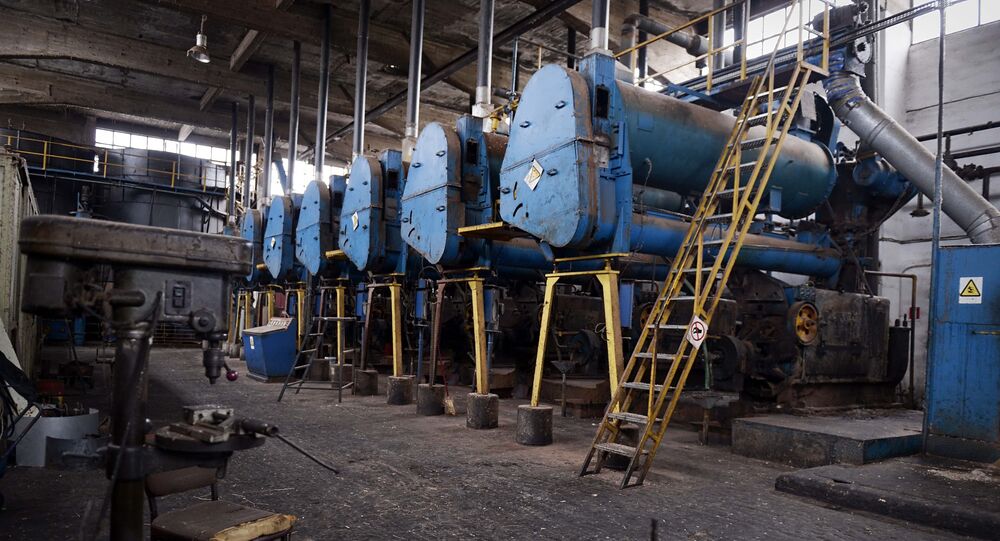 Dimitris Vitsas, the head PACE's Greek delegation from the ruling Syriza party, said that Greece needs to restore its industry and private sector of its economy to grow the country's GDP, which in turn would fund public health and education services.

© REUTERS / Mikhail Klimentyev/RIA Novosti/Kremlin
Athens Eager to Strengthen Ties With Russia - Greek Vice Foreign Minister
STRASBOURG (Sputnik), Daria Chernyshova — The prime goal for Greece at the moment is to restore its industry and private sector economy, which would provide Athens with funds to protect the weakest sections of the population, the head of the Greek delegation to the Parliamentary Assembly of the Council of Europe (PACE) told Sputnik Monday.

The autumn session of the PACE, which kicked off earlier in the day in Strasbourg, France, will run until October 2.

"The most important thing is how we recreate the production way, because there are many problems of our industry. We need to restore the industry and the private sector of economy," Dimitris Vitsas from the ruling Syriza party said, stressing that boosting agriculture is central to this issue.

He noted that if the goal is achieved, the country's GDP would grow, which in turn would fund public health and education services and Greece would be better able to protect the poor and create jobs.

© Sputnik / Dmitriy Vinogradov
Syria Should Be Restored in 2-3 Years, Then Refugees May Return Home - Greek Lawmaker
"This is the time when we must create our economy," Vitsas said, noting that the social economy does not currently exist in Greece.

"I think the situation is strong now. I think that till March when the IMF [International Monetary Fund] program ends, the negotiations will go on [with international creditors]. And the main thing is public debt, how we can deal with it," he added.

The lawmaker underscored that the first thing the Greek government should do is protect the poor.

The Greek economy has been severely strained for several years, as Athens tries to repay its multi-billion-dollar debt to the IMF, the European Central Bank and eurozone countries.