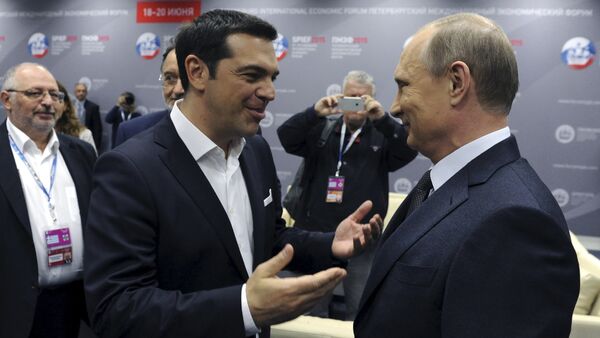 Before the administration was changed, Greece's ruling Syriza party secretary Dimitris Vitsas told Sputnik that even in case of a great change in the government Greek-Russian relations would not be affected.

“Greece and Russia have traditionally had perfect relations both on the diplomatic and political and economic levels. The further development of these relations might have multiple perspectives, especially with a country with which we share our cultural tradition.”

Amanatidis added that agreements made by the previous Cabinet would remain in effect.

"The agreements of the previous government still have power if they meet the national interests and the geopolitical aims of the state."

Greece to Continue Turkish Pipeline for Delivering Russian Gas to Europe
Greece and Russia boosted bilateral cooperation after the Syriza party came to power in January 2015.

Earlier this month, Russian envoy to the European Union Vladimir Chizhov said that Moscow was ready to assist Greece economically.

Athens currently awaits the extension of Russia’s proposed Turkish Stream gas pipeline through Greece, as the two countries signed in June a memorandum on cooperation for the construction of the pipeline.