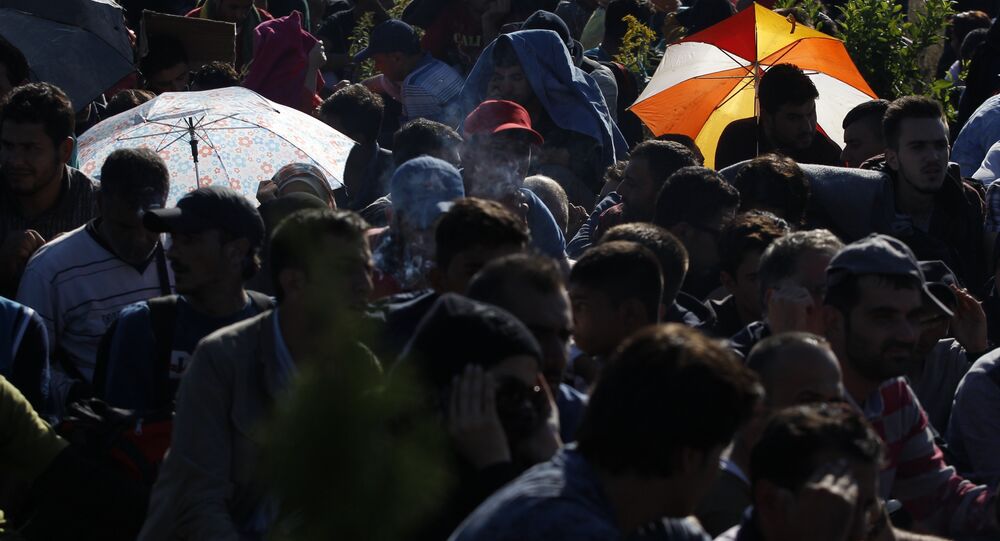 As thousands of refugees stream into Europe, many economic migrants are disguising themselves as Syrians in hopes of gaining residency in Europe.

Lined before a ticket window in Vienna Westbahnhof train station, a group of men stand waiting for passage to Germany.

"We are from Syria," they say when prompted by a reporter, according to the Washington Post. "We are Algerians," they then admit, laughing nervously.

Their story is not a unique. As Europe opens its borders to refugees from war-torn Syria, Iraq, and Eritrea, others have taken the opportunity to make their way into the West.

"I am illegal, not refugee," Hamza, one of the Algerian men, told the Washington Post. "In my country, the only thing you can do there is either drugs or crimes. So I was in prison several times, for drugs, also for trying to kill another guy."

"It’s really easy not to travel with these refugees," he added. "We received food and shelter, and a nice welcoming from people so far."

For many of these individuals, the road to Europe begins in Turkey. Shedding their real passports, migrants can buy forged documents for as little as $200. Often, they can buy the identities of real Syrians who were killed in the conflict.

"There are people who are trying to benefit from the situation," Hisham Fares, an Austrian aid worker, told the Post. "I’ve met Egyptians who claimed they were Syrians, but the dialect is Egyptian. I’ve also met people from Morocco, Algeria, Tunisia, or Libya who all now flying to Istanbul and then go to Izmir where they destroy their passports."

While Turkey is a major source for fake passports, there are also active markets in Hungary, Austria, Croatia, and Serbia.

"The sad thing is that those Syrians who really are fleeing war will be the ones paying the price," Fares added.

"Look at these people, what are they doing here? We are the ones who are fleeing from war and slaughter, and now these men are taking away our space," one refugee said. "I don’t understand – we thought the Europeans invited Syrians like us to come."

The influx of economic migrants has many EU countries concerned about security. Worried about criminals – and, in particular, members of the self-proclaimed Islamic State terrorist group – the European Union is using interpreters to try and trick imposters.

"You have interpreters working with officers, and they are asking questions," Ewa Moncure, a spokeswoman for the European Union’s border agency, told the Washington Post. "If someone claims to be from Syria and he can’t say what the currency is or what the main street is in Damascus, there are going to be questions about that claim."

Those found to be lying about their identities are detained and deported. But with such high numbers of people pouring across the borders in Hungary, Greece, and Italy, many slip through without ever being questioned.