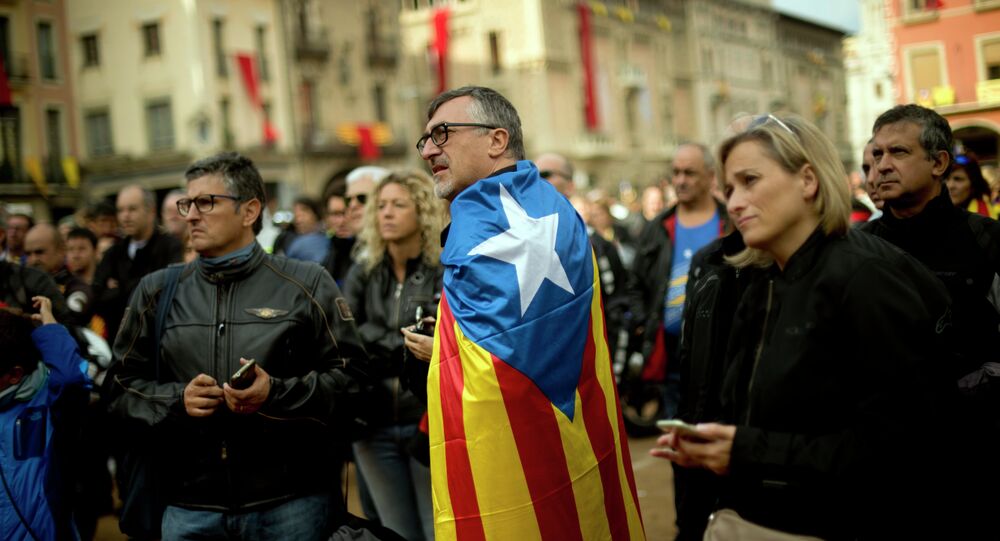 A vote on the potential break-up of one of Europe's oldest countries is to take place on Sunday 27 September, when Catalonia holds its regional elections. Nationalist leaders are pledging to set up an independent Catalan state within 18 months if they win a majority in Barcelona's parliament.

Prime Minister Mariano Rajoy, leader of the conservative People's party insisted that: "There will be no Catalan independence. We are talking about regional elections, in which people will choose their regional parliament. Nothing else."

But the separatists have a different idea. If, as polls suggest, pro-independence parties win a majority in the 135 seat regional parliament, Catalan regional president Artur Mas, has said he will lead a transitional government which could see the region setting up their own banking service and tax authority within 18 months.

The Price of Independence

Meanwhile, the governor of the Bank of Spain, Luis Maria Linde, has issued a warning that an independent Catalonia would leave people without access to their bank savings — and an automatic ejection from the Eurozone and access to money from the European Central Bank.

The independence gamble facing Catalonia ahead of next weekend's referendum http://t.co/g050zsixCZ pic.twitter.com/87uv6oA2dq

The independent region would no longer be subject to EU treaties — but could re-apply for membership. Meanwhile, Madrid's ruling conservatives, backed by Spain's constitutional court, insist Catalonia is not a nation and said it will block any EU accession application.

And now Scotland is wading into the debate. Scottish National Party European spokesman, Alyn Smith, has warned Madrid that blocking a referendum was "anti-democratic, anti-European and potentially explosive."

"Catalonia is a nation, and has a right to choose."

But Spain, Germany the UK and US want the country to remain united. However, fault lines in the Eurozone are spreading with the potential for a 'Catalexit' on the cards.

EU 'Will Force' Spain to Recognize Catalonia as Independent State