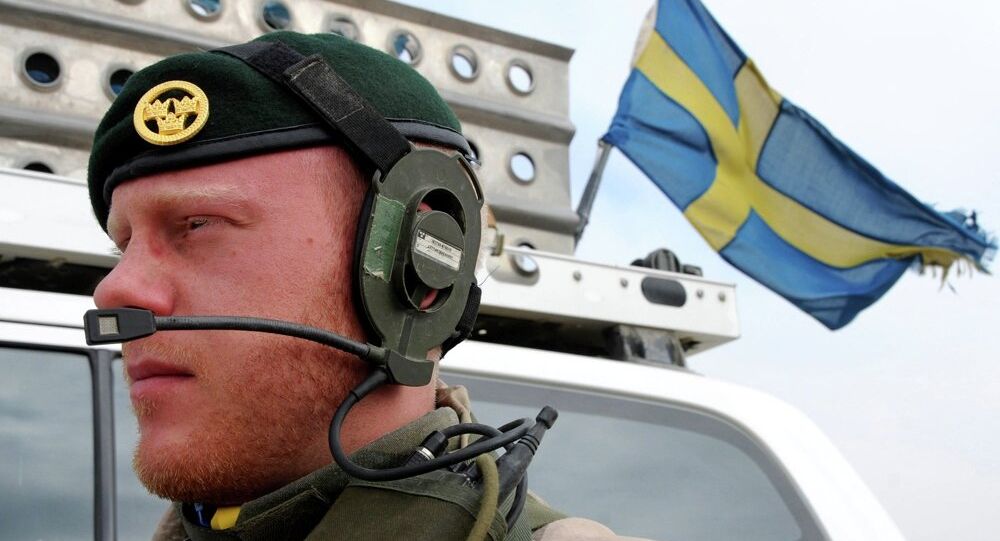 Sweden and NATO-Linked Force 'Playing a Game Under the Covers'

Sweden could further expand its military relationship with NATO member states after secret government documents reportedly revealed the country could become involved in a new military force to be deployed in the event of conflict in the Baltics.

The newspaper also reported that such a force could also be used on behalf of UN and NATO missions.

Sweden hasn’t signed a letter of intent with Denmark, Estonia, Latvia, Norway, the UK and the Netherlands in regards to the creation of the JEF, which is expected to be established in 2018.

However, Mats Danielsson, the Swedish attaché in London, allegedly wrote a memorandum titled 'Orientation of JEF and requests for Swedish participation', which explored the prospect of Sweden joining the force.

While no political decision has been made on Sweden joining the JEF, Danielsson said there was "ongoing dialogue" about what the creation of the force might mean for the country, adding that the UK would have no opposition to Sweden joining.

"They would not have anything against it. As I understand it would be perfectly possible if we wanted to."

Swedish Defense Minister Peter Hultqvist backed comments suggesting the government has not made a decision on potentially joining the force, saying that Sweden "has not received any formal invitation to contribute to JEF" and there is "consequently no preparation going on in the Cabinet".

Despite assurances from government officials that Swedish interest in such an initiative is purely speculative, there has been criticism from opposition parties and critics who have raised concerns about Stockholm undertaking secret talks to bolster the country’s relationship with NATO, citing perceived Russian aggression.

Liberal party politician Allan Widman, who is also chairman of Sweden’s Defense Committee, accused the government of playing "a game under the covers" and secretly looking to increase ties with NATO. He told Svenska Dagbladet:

Sweden is not a member of the military alliance, but acts as a partner country – contributing and cooperating in a number of security operations.

Despite continued assertions from the Stefan Löfven-led government that Sweden would not join NATO, critics have raised concerns at the country’s recent strengthening of ties with NATO countries.

In April Sweden joined forces with Norway, Denmark, Finland and Iceland to increase military cooperation to what was described as "a direct response to aggressive Russian behavior", while more recently Swedish officials signed a fresh military deal with NATO member Poland.

Russia has continuously denied Western claims that it has been acting aggressively, instead accusing the NATO build-up of military forces in Eastern Europe and the Baltic states as being a provocative measure contributing to the increased tensions.

There is a fear that an increase in Swedish cooperation with the military alliance could drag the country into any potential conflict.