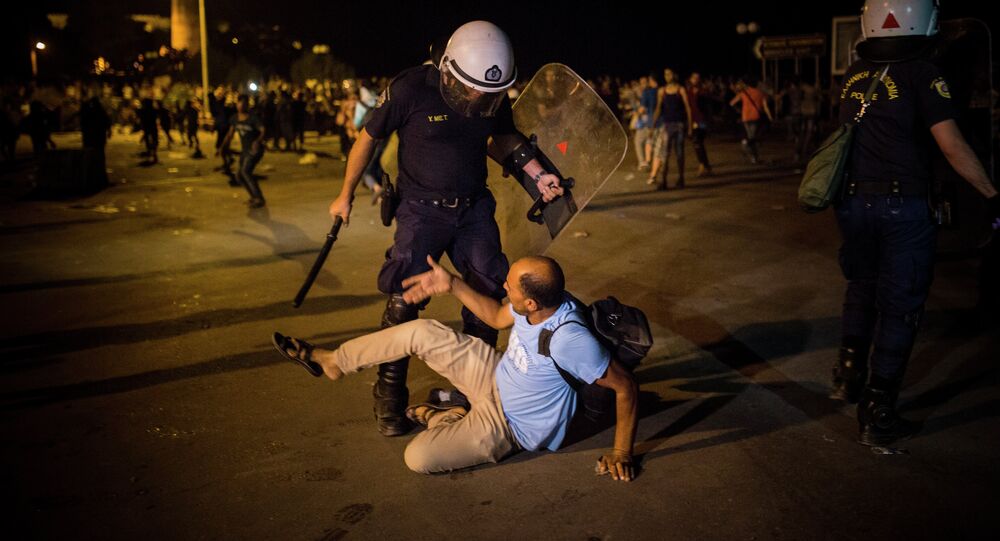 Beginning of The End: Migrant Crisis Will Be 'Europe’s Suicide'

Refugees are becoming a real threat to the foundation of internal stability in Europe, an article published in the Hungarian edition of Magyar Hirlap online reported.

“Old Europe is apparently fed up with the previous decades of peace and stability. Europe is slowly bringing a gun to its head and pulling the trigger,” the publication wrote.

The author of the article further mentioned that Europe had always been diverse, but it managed to retain its identity. Europe has been tormented by world wars, crimes against humanity and the fires of civil war. But Europe managed to survive all of that.

“But if Europe does not take its finger off the trigger, then it is possible that a new and unrecognizable Europe will emerge. As now it is threatened by an unprecedented outside threat,” the author of the publication writes.

© REUTERS / Dimitris Michalakis
Facing Up to Crime: ‘Europe Should Send Refugees to US Embassies’
The author notes that Europe is being raided and if things continue the same way it will be occupied.

The author explains that he is not talking about the refugees but about the other people who will soon head to Europe. The author feels that the reason why Europe is opening its doors to immigrants is because it wants to erase the stigma associated with European wars of the past.

Europe is trying to be the ‘nice guy’ but it is leading everyone into a dangerous trap. It will provide these newcomers with the same laws as the citizens of Europe and these people will never go back to their home countries.

“But that is not the problem. The problem lies with the fact that they will want a new order either democratically or using other means. There will be enough of them to change it and then the continent will not be called Europe any longer but will be a Caliphate,” the author concluded.