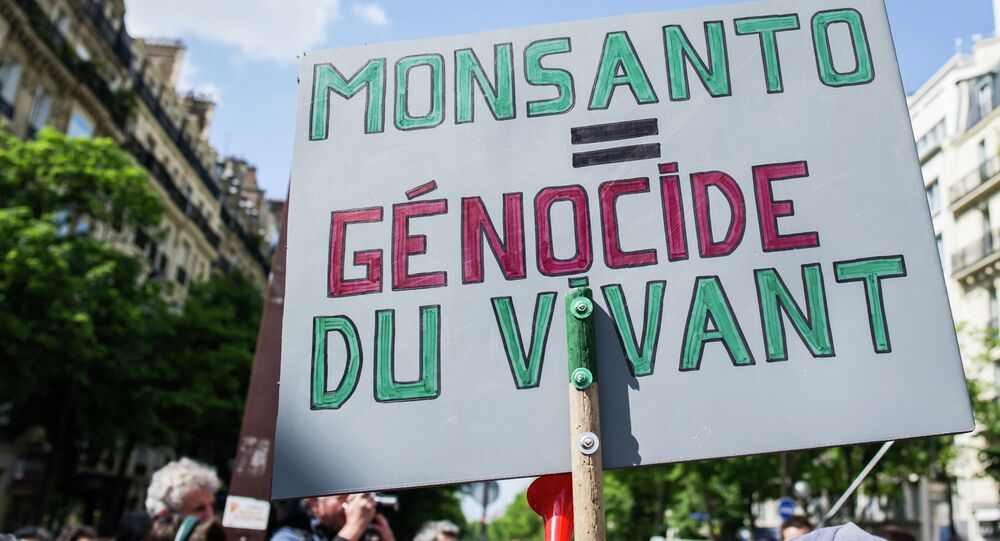 France needs a compensation fund for chemical poisoning sustained from products made by agribusiness giant Monsanto, the lawyer for a farmer who successfully sued the company told Sputnik France on Friday.

"It would be better to establish a compensation fund for people exposed to pesticides as done in France for victims of asbestos poisoning and nuclear testing," lawyer Francois Lafforgue suggested.

The French government set up a $11-million compensation fund in 2009 for victims of nuclear tests across the Algerian Sahara and French Polynesia in the South Pacific Ocean in the 1960s. A nearly $9-billion FIVA asbestos injuries compensation fund created by the country went into force in 2002.

Lafforgue cited other cases lodged by French farmers and agricultural workers against Monsanto, pledging to "fight for producers to be held accountable and farmers to be compensated."

Asked to assess whether a lawsuit or public action is more effective in bringing Monsanto to justice, Lafforgue stated: "unfortunately, lawsuits are more important at the moment."

The US-based multinational corporation has long been criticized for long-term effects stemming from the use of its agrichemical products, including genetically modified seeds and chemical herbicides, on the environment and public health.

The Lasso herbicide, containing a high level of extremely toxic monochlorobenzene, was banned by France in 2007 following the introduction of similar restrictions in Canada, Belgium and the United Kingdom.