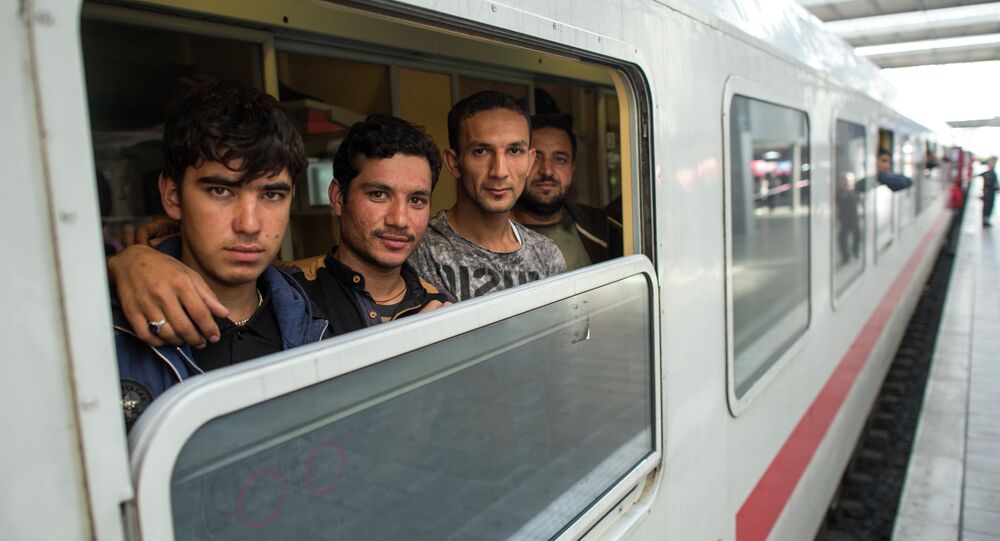 Refugees in Danger of Being Groomed by Muslim Radicals - German Intel

Refugees are being groomed by jihadi radicals in Germany, according to intelligence reports in the German press. Muslim extremists "are trying to approach the young unaccompanied refugees, who arrive in our country without their families and are particularly looking for contact and support."

The spokesperson for the intelligence service told DPA that many young asylum seekers are being targeted at reception centers and railway stations.

The Islamic extremists "want to take advantage of the insecurity and distress of the refugees," he said.

Radical Muslim preacher Pierre Vogel based in Bavaria has published guidelines on You Tube on how to groom refugees, advising them to "bring gifts" and access their accommodation.

Hundreds of men, women and children arrive every day in Germany from Hungary and Austria. German newspaper Die Welt has quoted a member of the country's intelligence service saying:

"Our study shows that Salafis have tried in individual cases, to establish contact with refugees on the pretext of alleged offers of help."

Germany predicts that the country will receive 800,000 Syrian refugees alone this year and has already relaxed European Union treaty policy to allow more asylum seekers into the country.

Meanwhile, police in France are reported to be searching for a suspected jihadist who is camped out with the refugees and migrants in Calais. According to La Voix du Nord newspaper, the man has been given an 'S' rating by French intelligence agencies, meaning they consider him to pose a danger to "the safety of the state".

© AP Photo / Emilio Morenatti
In this Tuesday, Aug. 4, 2015 file photo, migrants receive their food rations distributed by the Banque Alimentaire of Calais at a camp set in northern France.

The link between the refugee crisis and the potential infiltration by Islamic State has been made before. Lord Marlesford told the House of Lords in London that he felt it was "hard to believe Islamists and jihadists have not been entering Europe through the Mediterranean route."

Classified documents leaked by WikiLeaks also revealed that EU leaders are aware of the potential risk that terrorist networks, infiltrating smugglers' boats from Libya and arriving on European shores, are posing.

"As I warned earlier, there is evidence that ISIL are now using this route to put their jihadists on European soil we must be mad to take this risk with the cohesion of our societies," he said.

German foreign minister Frank-Walter Steinmeier has met with his counterparts from Hungary, Czech Republic, Poland and Slovakia in Prague — and has failed to convince them to adopt an EU quota system to distribute 160,000 refugees among EU members.

The rejection comes as Germany issues a warning that the EU faces its "biggest challenge" in history and alarming footage emerges from Hungary showing police wearing helmets and hygiene masks, feeding refugees like animals in a pen.

But while the world remains focused on the treatment of refugees by individual countries and how many should be allocated among EU members, the intelligence services are becoming increasingly concerned about targeted radicalization.

Refusal of Some EU States to Agree on Migrant Quotas 'Counterproductive'