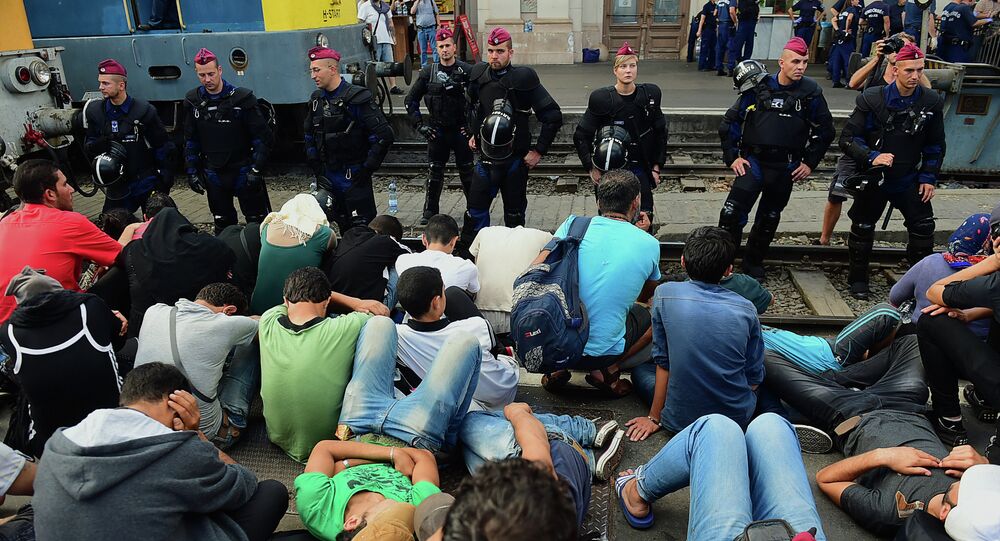 No Need to Bomb: Migrants Pose No National Defense Risk to NATO - Pentagon

The influx of migrants across the European Union (EU) represents a national security, and not a defense risk to NATO member state, US Deputy Defense Secretary Robert Work stated on Wednesday following a meeting of Nordic defense ministers in Norway.

© AP Photo / Jens Meyer
Merkel's Open Arms Approach to Refugees 'Sending the Wrong Signal'
WASHINGTON (Sputnik) — "I believe it’s not a security risk in — in the sense of national defense, but it's certainly a national-security risk in terms of the total number of people who happen to be flooding into the Southern Front of NATO," Work said.

Work emphasized that the United States is interested in cooperating with its NATO allies and other countries in the region to solving the migrant problem.

Hundreds of thousands of people from the Middle East and North and Sub-Saharan Africa have been attempting to reach European countries as they flee violence at home.

Earlier on Wednesday, European Commission President Jean-Claude Juncker called on EU member states to relocate 160,000 migrants throughout the bloc over the next two years.

Some 500,000 people have arrived in Europe since the beginning of 2015, many from Syria and Libya, Juncker said.

Around 14 Migrants Arrested After Found in Tanker in South London