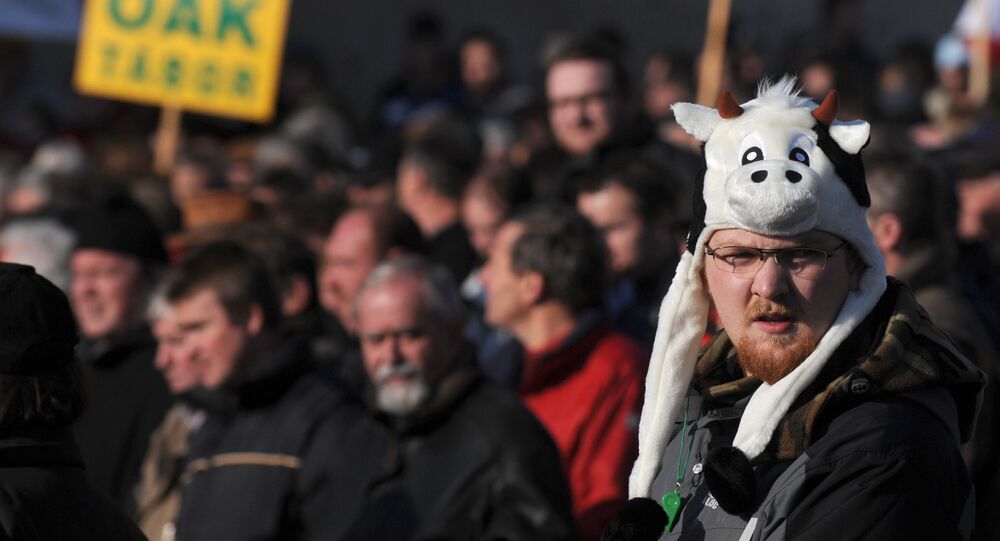 Czech Farmers Lose Out Due to Anti-Russia Sanctions

A secretary of the chairman of the Czech Republic's farming union, Roman Chaloupka, said that a million tons of apples remain in the EU, that otherwise would have been delivered to Russia.

Several members of the European Union, whose food exports to Russia have been most affected by Moscow's retaliatory ban, have expressed frustration with the EU, US and other nations’ restrictive measures imposed on Russia last year and extended this summer.

In August 2014, the Russian government imposed a ban on the import of certain food products from countries that imposed sanctions against Russia. The ban has since been extended for another year.

Chaloupka explained that, although the Czech Republic exports a limited amount of fruit to Russia, the nature of the single European Union market means that prices are being driven down. He estimated that a million tons of apples remain in the EU, that otherwise would have been delivered to Russia.

The Austrian Institute of Economic Research recently published a study, in which it estimated the potential losses sustained by the European Union at up to $114 billion, should the anti-Russia sanctions regime continue.

Late last month, a European Commission spokesperson told RIA Novosti that the European Union had spent the equivalent of $174 million on coping with Russia’s food import restrictions last year, as it had resulted in some 770,000 tons of products being withdrawn from the market.

The European Commission said its support measures to the dairy, fruit and vegetable sectors are set to continue into next summer.