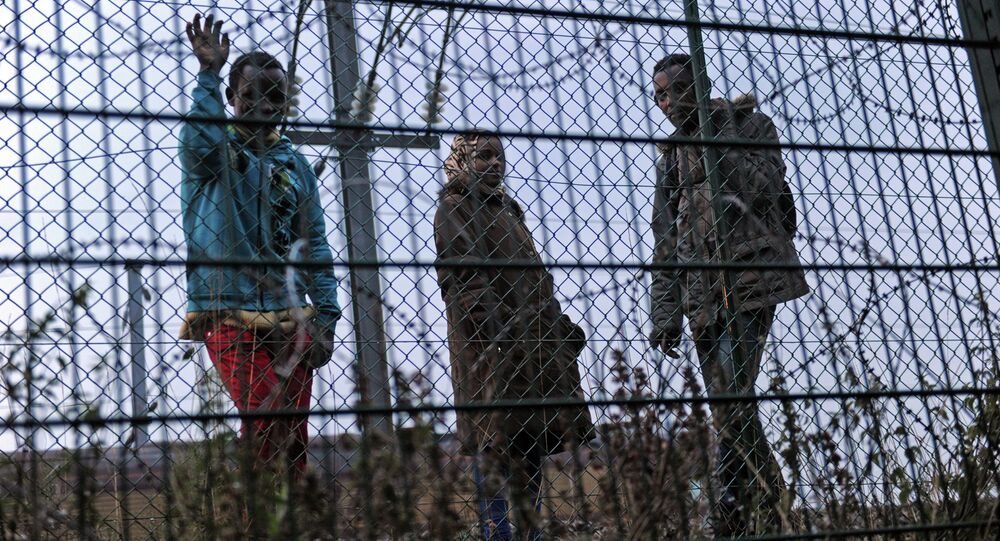 Former German Foreign Minister Joschka Fischer has become the latest in a long list of senior Euro-politicians to call for a fundamental re-think on how the European Union is run, because of a breakdown over asylum policy.

© AP Photo / Alexander Zemlianichenko
Italian Foreign Minister Calls on EU to Urgently Address Migrant Crisis
Fischer has warned that the EU is facing failure because of the way it has handled the current migrant crisis and has become "politically, morally and administratively overwhelmed," he said.

He told the Suddeutsche Zeitung that the European migrant crisis had called into question the whole philosophy of the EU. He said the lack of a cohesive answer to the migrant crisis poses "a significant political risk for the EU as a whole.

"And that threatens to extend the already existing trend towards loss of solidarity and disintegration within the EU, which triggered by the economic and financial crisis since 2009, to further endanger the cohesion of the community," he said.

He also told Social Europe: "There are three distinct causes of the current migration to Europe: the Western Balkans’ continuing economic malaise; the turmoil in the greater Middle East; and Africa’s civil wars and conflicts. Intensification or expansion of the war in eastern Ukraine would quickly add a fourth cause of flight.

"In other words, all of the migration that Europe currently faces is rooted in grave crises in its own neighborhood. And yet the EU can do little to address any of them. Clearly, the EU must substantially strengthen its Common Foreign and Security Policy, including the European Neighborhood Policy, in order to address more effectively the causes of migration at the source.

"Perhaps the only failure more glaring than the member states’ refusal to back such reforms is their own failure to act, not least because it has created a legitimacy vacuum that xenophobic populists are now filling," he said.

Freedom of Movement at Risk

His comments come on the back of similar comments from other politicians and observers. Stephen Booth, co-director of Open Europe think tank, said: "The mounting migration crisis inside and outside the EU’s borders has the potential to trigger a major rethink about not only asylum policy but policies on free movement within the EU itself.

"While this is all speculative at this stage, after months of the UK being told that EU free movement is not up for discussion, we could see growing political pressure elsewhere in the EU for change on this front," he said.

© AFP 2020 / Philippe Huguen
Number of Migrants Trying to Reach UK From Calais Down to 150 Per Night
At the heart of the crisis is the inability of EU countries to agree a common policy on the hundreds of thousands of migrants fleeing the Balkans, the Middle East and Africa. Under an EU protocol known as the Dublin Agreement, migrants claim asylum in the first EU country they arrive in.

One of German Chancellor Angela Merkel’s close allies, interior minister Thomas de Maiziere, said: "I’m in favor of free borders, I’m a committed European, but if other European states don’t adhere to the law and the Dublin system no longer works, then we need another system that works. Control-free borders cannot exist in the long term without a real European asylum policy."