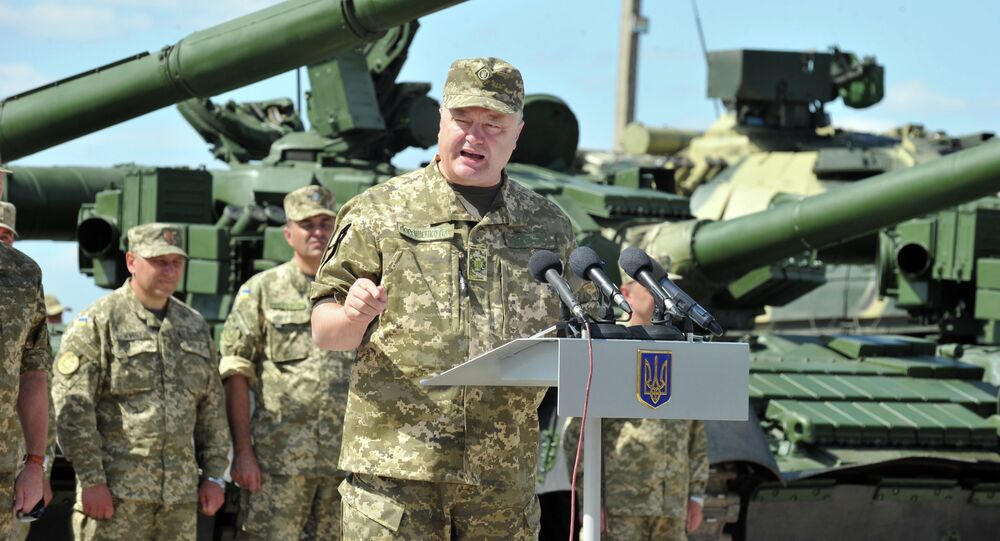 The military budget of Ukraine reached a record high in 2015, Ukrainian news portal Dialog reported President Petro Poroshenko as saying. The only question now is where that money has gone, as Ukraine’s military hardware is falling apart.

Poroshenko said his country spent $2 billion to increase the military power of the Ukrainian Armed Forces, stating that the sum equals the cost of two French Mistral-class helicopter carriers.

"It's the cost of two Mistrals," Poroshenko said speaking in Kharkov, adding that the government went above and beyond to make the army stronger.

The President's words are close to being ridiculous, considering the poor condition and equipment of the Ukrainian army, especially its military hardware.

Earlier this summer, it was reported that Ukraine had to repair most of its military hardware coming from factories in Kharkov within the first few weeks.

In May, the Ukrainian Army received 59 new military trucks. Seventeen of them went out of service within the first week. Generators, gearboxes, front axles, breaks and engine cooling systems were all defective, said Yuri Biryukov, a senior adviser to President Poroshenko.

© Sputnik / Sergey Averin
Tanks Made in Ukraine Cannot Take a Hit
Moreover, the Ukrainian army had huge problems with the supply of military hardware. Out of 226 KrAZ army trucks that the army was supposed to receive at the end of June, only 113 were delivered. That meant only 50 percent of the delivery plan was completed, Biryukov said.

Two-thirds of all armored vehicles that the Ukrainian army received during 2014-2015 were out of service by June. The vehicles were broken not due to taking part in military action, but because of manufacturing defaults.

It seems that Poroshenko is all talk and no action. Perhaps, it would have been wiser for Kiev to buy the two French Mistrals that Paris refused to sell to Moscow. At least then, the Ukrainian President would have backed up his own words.