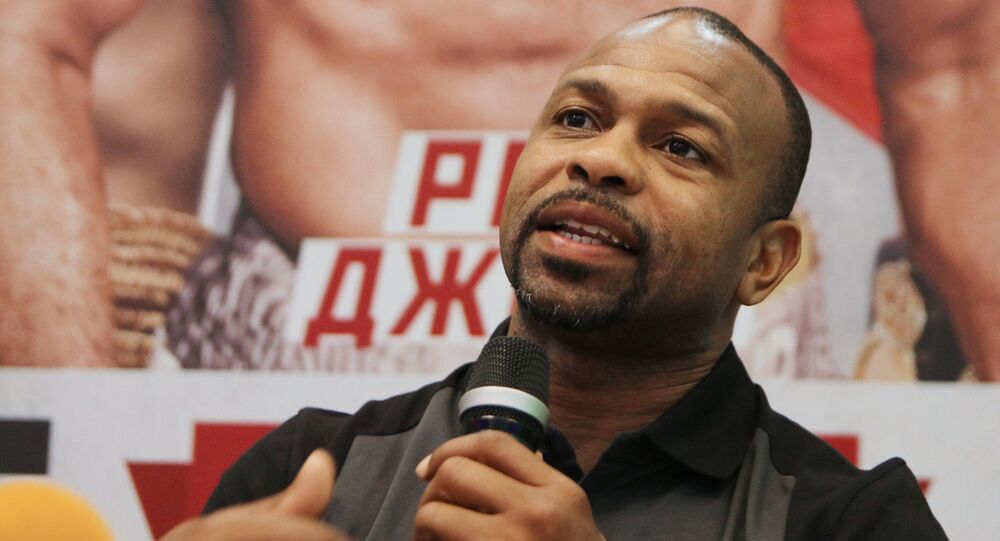 After visiting Crimea and meeting with Russian President Vladimir Putin, Roy Jones Jr., widely considered as one of the greatest boxers of all time, is now Ukraine’s public enemy.

The former multi-divisional boxing champion known for his speed, unconventional technique and devastating knockout power, has been placed on the Ukrainian blacklist of "traitors" and "terrorists."

After Crimea reunited with Russia, the Ukrainian authorities passed Article 332-1 that prohibits foreign citizens from entering Crimea, even as tourists. Offenders are threatened with imprisonment of up to eight years in jail, as they are accused of crossing the Ukrainian border "illegally."

"In order to attract worldwide attention, especially from the American public, I turned to the head of the SBU [Security Service of Ukraine] with my deputy mandate to open a criminal case under Article 332-1 against US citizen Lavesta Roy Jones for violating the state border of Ukraine," Gerashchenko said.

During his visit to Crimea, Jones met with Putin and revealed that he would be interested in getting a Russian citizenship.

"That is why I want to come here. That is why I'm also here. Because I want to ask you about maybe having a passport to go back and forth so that I can do business here. Because all the people here seem to love Roy Jones Jr. And I love when people love me," Jones said.

Putin promised to assist Jones in obtaining his Russian citizenship, if the former boxer decides to live in Russia for a long time. The Russian president also expressed hope that Jones would achieve success doing business in Russia.