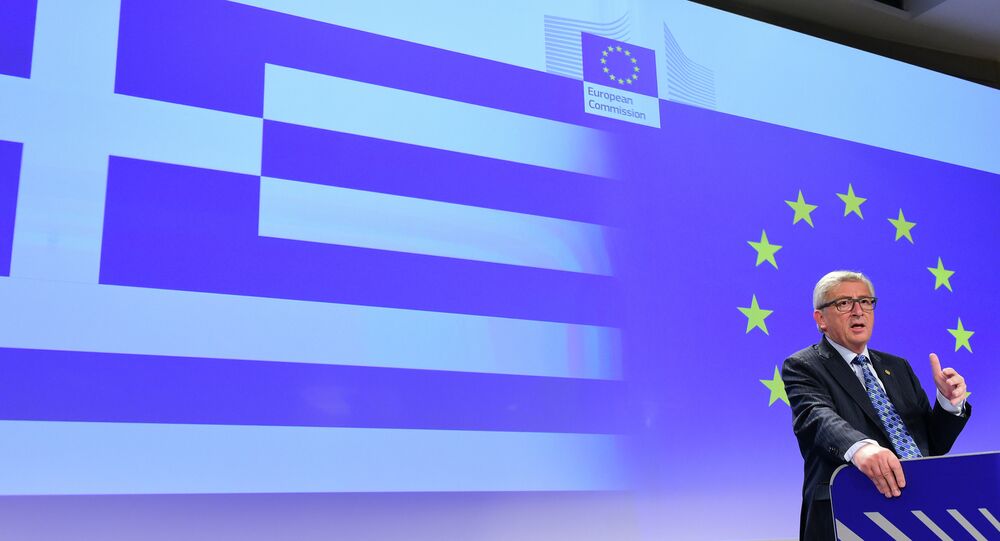 According to a European Commission statement, European Union has approved a $2.6-billion financial aid for several member states, including Greece and Italy, amid a large-scale surge in undocumented immigrants.

EU Commission Strives to Reach Greek Debt Deal by August 20
MOSCOW (Sputnik) – The European Union has approved a $2.6-billion financial aid for several member states, including Greece and Italy, amid a large-scale surge in undocumented immigrants, according to a European Commission statement published Monday.

According to the commission, national programs will provide financial aid to 19 member states affected by high migratory flows over a period of six years.

"Member states nowadays face unprecedented challenges in the fields of migration and security and the Commission is taking action in a spirit of solidarity. The national programs approved by the Commission provide significant financial assistance to the member states to address these challenges," Migration, Home Affairs and Citizenship Commissioner Dimitris Avramopoulos said.

The European migrant crisis has recently escalated, as thousands flee increasingly conflict-torn countries in North Africa, the Middle East, as well as Central and South Asia.

Greece-EU Final Agreement to Be Signed in 6-8 Weeks