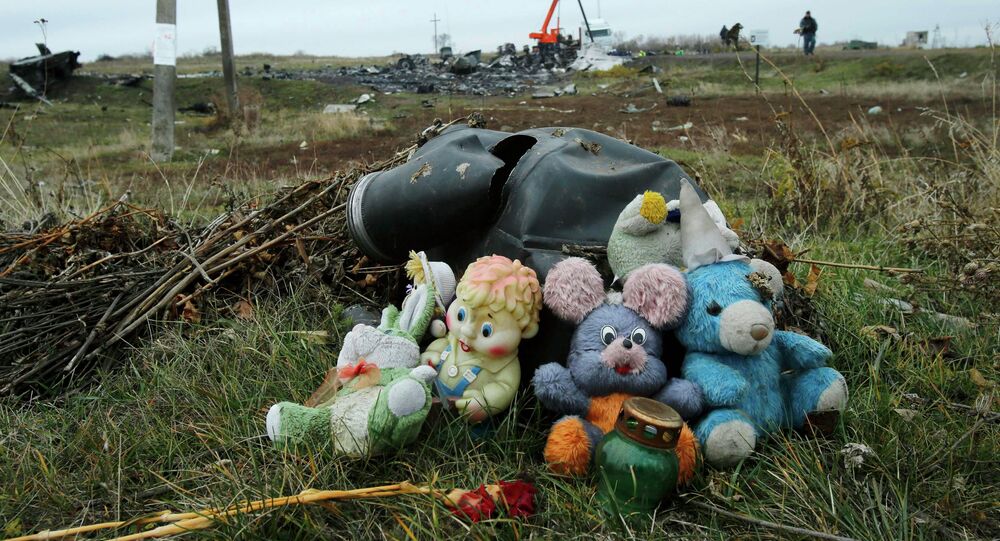 The foreign minister of the self-proclaimed Donetsk People's Republic (DPR) Alexander Kofman said that DPR authorities are ready to provide all possible assistance for relatives of the Malaysia Airlines flight MH17 victims who want to visit crash site.

July 17 marked a year since the aircraft, en route from Amsterdam to Kuala Lumpur, crashed near Donetsk in eastern Ukraine killing all 298 people on board, mostly Dutch citizens.

"We, of course, are ready to provide all possible assistance for relatives who want to come to honor the memory of the loved ones who died. There is no particular difficulty in obtaining documents, but we will assist anyway," Alexander Kofman said.

© REUTERS / Maxim Zmeyev/Files
Blaming Russia for MH17 Crash Prevents Investigation Impartiality
He added that there are currently no such applications to the DPR Foreign Ministry.

Ukraine and the West blame the independence militia for downing the airliner, while Donetsk fighters insist they did not have weapons capable of bringing down a plane flying at 32,000 feet.

An investigation by the Dutch Safety Board is ongoing, with the final report due in October.