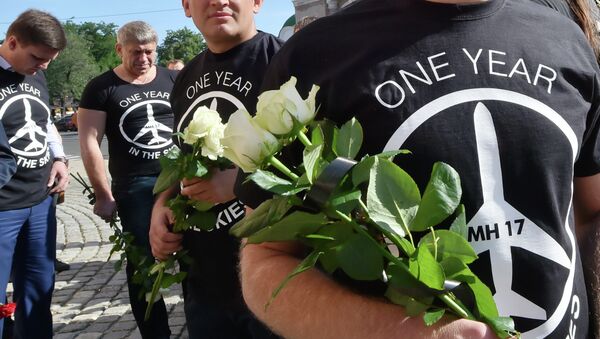 © AFP 2023 / SERGEI SUPINSKY
Subscribe
International
India
Africa
While some Western countries are pushing for an international tribunal to punish those whom they have already deemed responsible for the MH17 plane crash, there are still questions remaining for which the investigation is apparently reluctant to search for answers, a whole year after the tragedy.

July 17 marks the first anniversary of the downing of Malaysia Airlines flight MH17 over Ukraine. Despite the countless theories as to the fate of the aircraft, there are still questions which remain unanswered and the international investigation seems to be reluctant to address them. 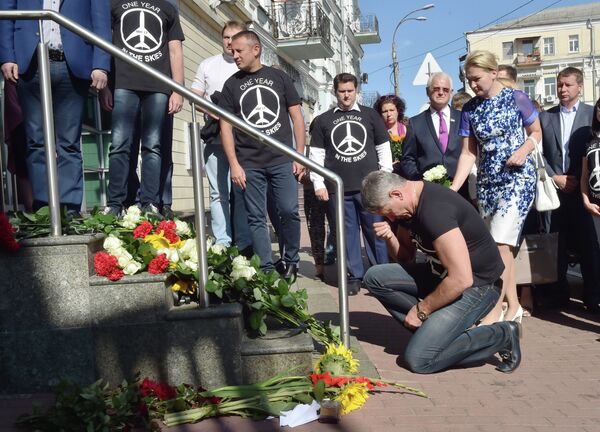 A man kneels down in front of flowers laid in front of the Dutch embassy in Kiev on July 17, 2015 in memory of the people who died in the crash of Malaysian Airlines flight MH17
© AFP 2023 / SERGEI SUPINSKY

The Malaysia Airlines-owned Boeing 777 was flying within the set flight corridor until it reached the airspace above the city of Donetsk, where it deviated further to the north, above the site of intense fighting between Ukrainian government troops and local self-defense forces who refuse to recognize Kiev’s rule. 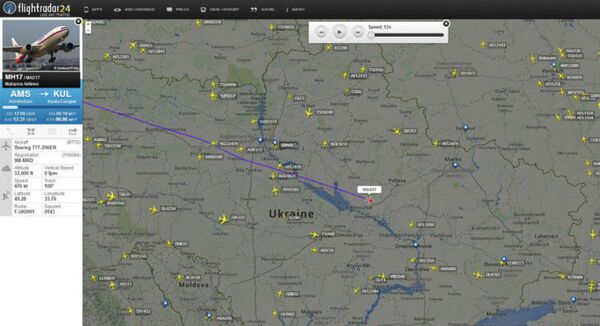 The maximum deviation from the verge of the corridor was 14 kilometers. Later the aircraft tried to return to the limits of its flight route, but failed to accomplish the maneuver. What had caused the deviation, the navigational error of the crew or non-compliance with the commands of the Ukrainian air traffic controller, could be learned from the decoding of the flight recorders. The data, however, has never been made public.

2.    Why have not all the documents linked to the investigation into the crash been made public?

Netherlands Keeps Part of MH17 Crash Info Classified
In April this year, the Dutch Ministry of Security and Justice released 569 documents related to the ongoing investigation following an appeal from several media outlets under the country’s Freedom of Information Act. But they still kept somewhat 147 papers classified and refused to release them to the public. Additionally, the scanned copies of the declassified documents contained some concealed information.

3.    Why hasn’t Ukraine publicized the data on the dislocation of its air defense systems and on the flights of its Air Force aircraft on the day of the tragedy?

One year since the crash of the airplane,  this information is still unavailable. 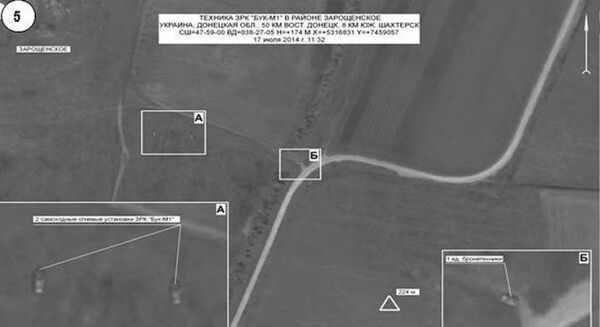 Meanwhile on July 21, 2014 Russian Defense Ministry revealed air data records on the territory of the Donetsk region right before the crash of MH17 flight showing that the crashed plane was within the coverage zone of Buk air defense systems belonging to the Ukrainian army.

On the same day it recorded denser activity among the Ukrainian radar stations.

According to the Russian military, right before the crash it spotted a Ukrainian warplane, supposedly a Sukhoi Su-25 fighter, 3-5 kilometers from the Malaysian Boeing.

4.    Why the US intelligence never revealed the alleged evidence of the guilt of the Ukrainian self-defense forces it claimed it always had? 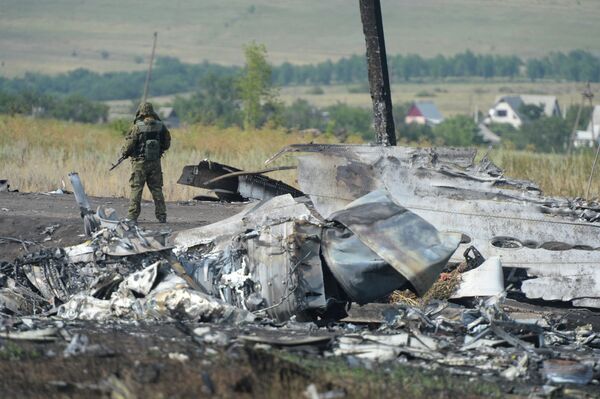 Several days after the crash, the US claimed it planned to reveal the data of its intelligence allegedly proving the guilt of Ukrainian self-defense forces. The US intelligence claimed it had in its disposal some satellite imagery, some communication interception data and social media reports. The promised data has never been revealed.

5.    Why hasn’t the version given by the Dutch investigators been ever supported by any witnesses?

MH17 Crash: Is West Really Willing to Find Out the Truth?
The claim that the Boeing was brought down by a Buk surface-to-air missile could be easily supported or refuted by the witnesses: the shooting from an air defense system of such type is accompanied not only with a loud noise but with visual effects as well – a smoke from the spent fuel and dust, which could hardly go unnoticed.

Meanwhile, the Australian news outlet News.com.au has published what it claims to be the transcript of the ”17-minute video shot by the rebels themselves on a camcorder as they captured what they initially believed to be a Ukrainian air force fighter jet they had just shot down”.

The website however has posted only a 4-minute video extract but published what it claims to be the transcript of the full version.

If true, the conversations made on camera prove that the alleged self-defense fighters arrived at the site of the Boeing crash searching for the Ukrainian Sukhoi fighter.

“Background: They decided to do it this way, to look like we have brought down the plane.”

The transcript also said that while the fighters were examining the site of the crash of the civilian plane, there was another crash site, presumably that of the fighter.

DNR release balloons for #MH17 victims. Sign reads: "They killed you and they continue to kill us." — @ChristopherJM pic.twitter.com/eMj7yWzyMw

Is it far from here? Where did it fall?

Somewhere else is burning, the 49 village.

I mean … the two pilots landed with parachutes.”

The website however prefers not to notice the evidence of the existence of a second plane, which shot down the Boeing. It mostly concentrates on the people examining the remains of the Boeing and stubbornly insists that it was shot down with the surface-to-air missile.