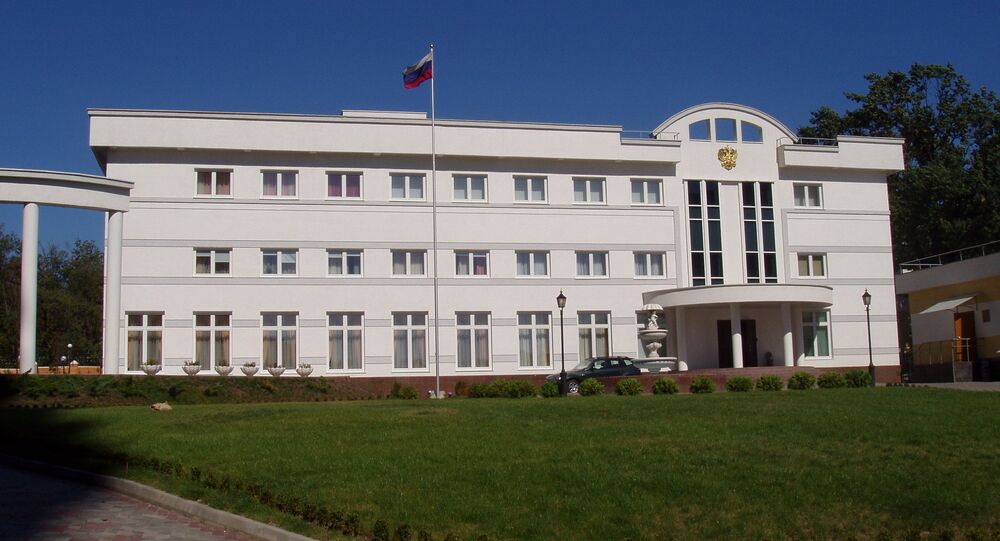 © Sputnik / Igor Zarembo
Stratfor Warns: S-300 in Ukraine’s Odessa Might Cause All Out War
The acting Russian Consul General in Odessa has been declared persona non grata; the decision was announced by the Ukrainian Foreign Ministry, which referred to a relevant move by the Security Service of Ukraine, or SBU, Russia's RIA Novosti news agency reported.

According to the SBU, the Ukrainian Foreign Ministry has handed a note to the Russian diplomat, demanding that he leave the country immediately.

SBU chairman Vasily Gritsak explained that the Consul General was declared persona non grata "because his actions were incompatible with diplomatic activity."

© RIA Novosti . Andrei Stenin
Poroshenko Admits Ukraine's ‘Revolution’ Was Staged by Criminals – Ex-Premier
Also, the diplomat allegedly violated the provisions of the Vienna Convention on Consular Relations, according to Gritsak.

The diplomat has already left Ukraine, according to the SBU, which declined to disclose the name of the Russian Consul General in Odessa.

Earlier this week, the Ukrainian Foreign Ministry summoned the Consul of the Russian Embassy in Ukraine to hand over a protest note in connection with the detention and expulsion of 160 Ukrainians from Russia.