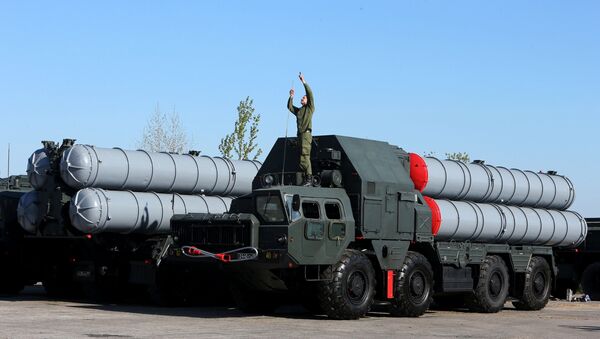 © Sputnik / Igor Zarembo
/
Go to the mediabank
Subscribe
International
India
Africa
Kiev’s decision to deploy S-300 air defense systems in the Odessa Region puts Russian aircraft, flying in and out of Transnistria, in danger of getting shot down. This, in turn, increases the chances of a military confrontation between Russia and the West, US global intelligence company Stratfor predicted.

Ukraine's plans to deploy S-300 air defense systems in the Odessa Region, right beside the border with Transnistria, a de-facto independent state wedged between Moldova and Ukraine.

This will increase the chance of a military conflict between Transnistria and Ukraine. But most importantly, it could trigger a possible confrontation between Russia and the West, US global intelligence company Stratfor reported.

The deployment of Ukrainian S-300 in the Odessa Region is troublesome due to the presence of a 1,400 Russian peacekeeper contingent in Transnistria, Stratfor said. The Russian peacekeeping mission was established in the region as per the 1992 ceasefire agreement following the War of Transnistria in 1990-1992.

Under the current circumstances, Russia has been using a runway in Tiraspol, the capital of Transnistria, to deliver equipment and supplies and to rotate its peacekeepers in and out of the region.

Ukraine in Danger of Two-Front War, as Saakashvili Becomes Odessa Governor
At the same time, Ukrainian forces increased their activity near the border with Transnistria. Ukraine's decision to block Russian peacekeepers from entering Transnistria not only violates the 1992 peace agreement between Moldova and Transnistria, but also undermines Kiev's status as one of the guarantors of the ceasefire agreement.

To make things worse, former Georgian President Mikheil Saakashvili, well-known for his anti-Russian rhetoric, was appointed as the governor of Odessa. The residents of Odessa fear that Saakashvili might start war with Transnistria, using similar methods that he used during the 2008 war between Russia and Georgia, which started when Georgia, under his leadership, invaded South Ossetia, a tiny nation at the heart of the Caucasus. The war started when Georgian troops attacked South Ossetia, while Russian peacekeepers were deployed there.