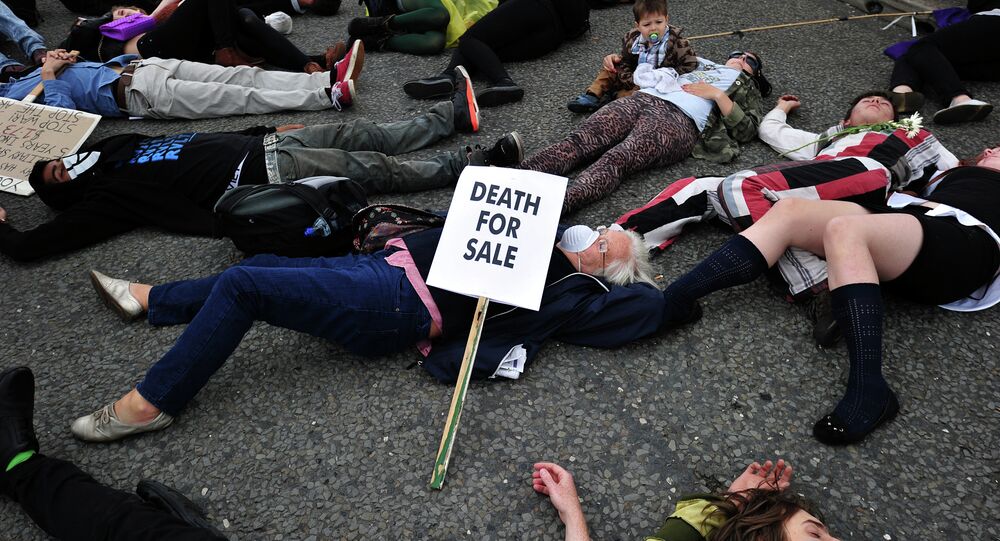 The UK has been accused of taking "an exceptionally weak and tokenistic review" after the government lifted its remaining restrictions on arms sales to Israel.

The lifting of the restrictions comes after a year-long review into 12 weaponry export licences, with the government admitting that some of the weapons exported to Israel may have been used in last year's conflict in Gaza.

Officials say they're now confident the licences for certain materials, including military radar and tank components, meet the UK's export criteria, which bans arms sales if there is a "clear risk" they could be used to breach human rights.

Although the stated aim of the operation was to destroy Hamas divisions and halt air attacks, many accused Israel of committing war crimes, as more than 2,000 Palestinians were killed, including many hundreds of civilians and children who were killed during the bombing of residential areas.

Britain's initial refusal to suspend the 12 export licences led to the resignation of foreign office minister Baroness Warsi, who described the UK's position as "morally indefensible."

Commenting on the decision to lift restrictions, Andrew Smith from the Campaign Against Arms Trade, criticized the government's investigation, saying they had failed to identify the extent to which UK weapons were used by Israeli forces in previous years.

"This is an exceptionally weak and tokenistic review, and it is unclear why it has taken almost a year to complete. Successive governments have said it is likely that UK arms were used against the people of Gaza in 2009 and 2014."

London has long been accused of overlooking human rights concerns for financial gain through the export of arms to countries with questionable human rights records.

Are Israel's drones & weapons made near YOU? Info 4 ACTION: http://t.co/CfKTyhVDbY #StopArmingIsrael #BDS pic.twitter.com/464HYlNjyq

Along with Israel, Britain exports arms to Saudi Arabia and has defense agreements with Bahrain, despite international activists expressing concern over alleged human rights abuses and a lack of democracy in these countries.

UK agrees on an end to Iran sanctions, bombs Syria, and lifts remaining restrictions on arms sales to Israel. How modern is that?

Human rights concerns were compounded following the revelation that the UK approved arms deals to Israel worth $6.25 million (£4m) within weeks of the end of last year's military operation in Gaza, sparking widespread criticism from campaigners, who said London was turning a "blind eye" to the risks British-made weapons posed to Palestinian civilians.

Gaza: Where Children Pay the Heavy Price for War