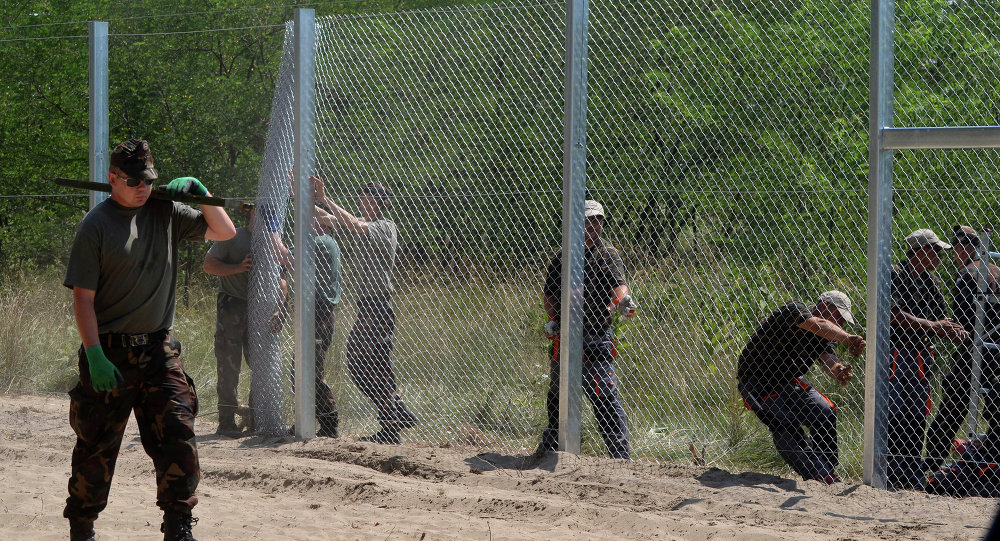 Hungary to Build Anti-Migrant Wall on Serbian Border by December

Hungary will finish by November 30 the construction of a fence along its border with Serbia to stem the inflow of undocumented migrants, the country's defense minister, Csaba Hende, said Thursday cited by local news website Origo.

© AFP 2019 / DIMITAR DILKOFF
Bulgaria to Complete Anti-Immigration Fence Along Turkish Border by 2016
MOSCOW (Sputnik) — Work to install the 13-foot wall along Hungary’s 110-mile southern border with Serbia began Monday, a week after legislation for the project passed in the Hungarian parliament.

According to Hende, Hungary’s fence erection will employ some 900 people.

Origo cited Hungary’s Interior Minister Sandor Pinter saying that, while the fence was temporary, it was the only emergency solution to stop the flow of undocumented immigrants, adding that it is intended to control unauthorized entry and combat smuggling and human trafficking.

"The refugees are protected, but illegal immigrants are not allowed to pass," Pinter said.

In early July, the United Nations' refugee agency (UNCHR) condemned Budapest’s choice of border management as a threat to refugee rights, including the right to seek asylum.