Bulgaria to Complete Anti-Immigration Fence Along Turkish Border by 2016 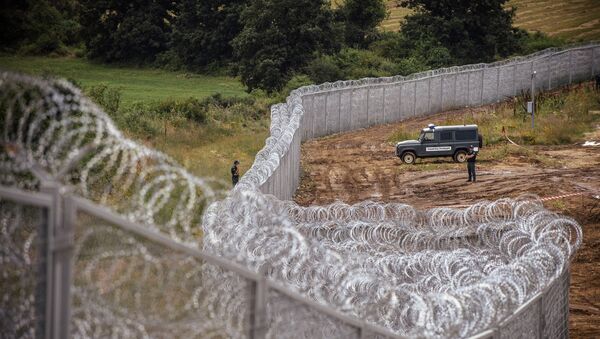 The erection of the 58 kilometer fence is expected to begin in July.

Bulgaria is hoping to complete a fence along its border with Turkey by the end of 2015, IA REGNUM reported citing a source in the Bulgarian Home Ministry.

Sofia began the construction of a three-meter fence along the Bulgarian-Turkish border in 2013 to curb illegal immigration. Thirty-three kilometers of the fence had been built by July 2014, and another 58 must be put up by 2016.

Most illegal migrants arrive in Bulgaria from Syria and Afghanistan, with the growing number of people coming from North Africa. Specialists anticipate a surge in illegal migration via Bulgaria's maritime border check points.