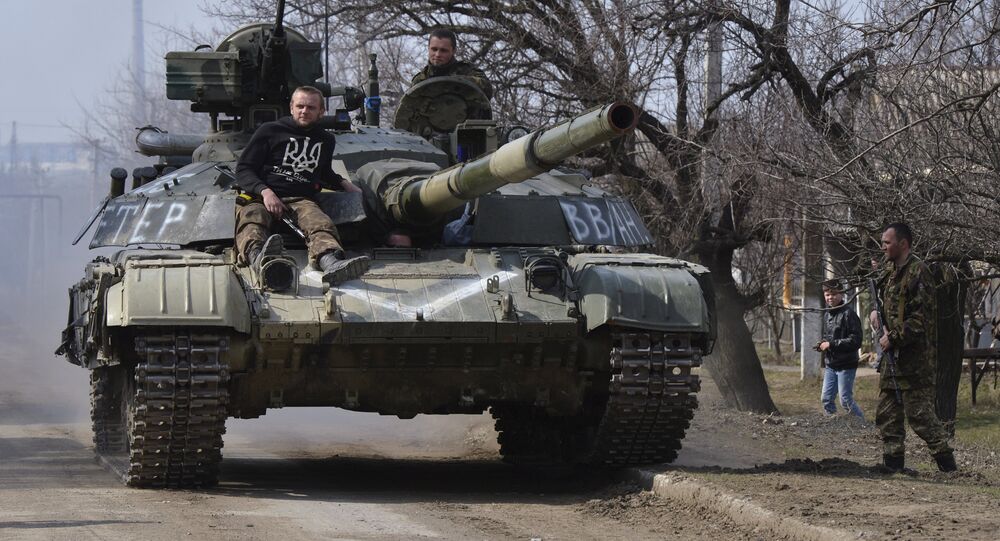 Soldiers of the Ukrainian Army recorded a video message to President Petro Poroshenko in which they stated that they will no longer accept orders from Kiev.

The 2nd battalion of the 17th tank brigade has had enough, with soldiers refusing to take orders from their command as the video message clearly showed.

The battalion demanded Poroshenko to urgently deal with the widespread lawlessness in the Ukrainian Army.

They have not had rotation for the entire year, while the commander of their brigade simply left his post "unwilling to perform his functions."

Earlier it was reported that the Ukrainian army suffered from heavy desertion, as almost 30 percent of soldiers called up during the first wave of mobilization abandoned their positions.