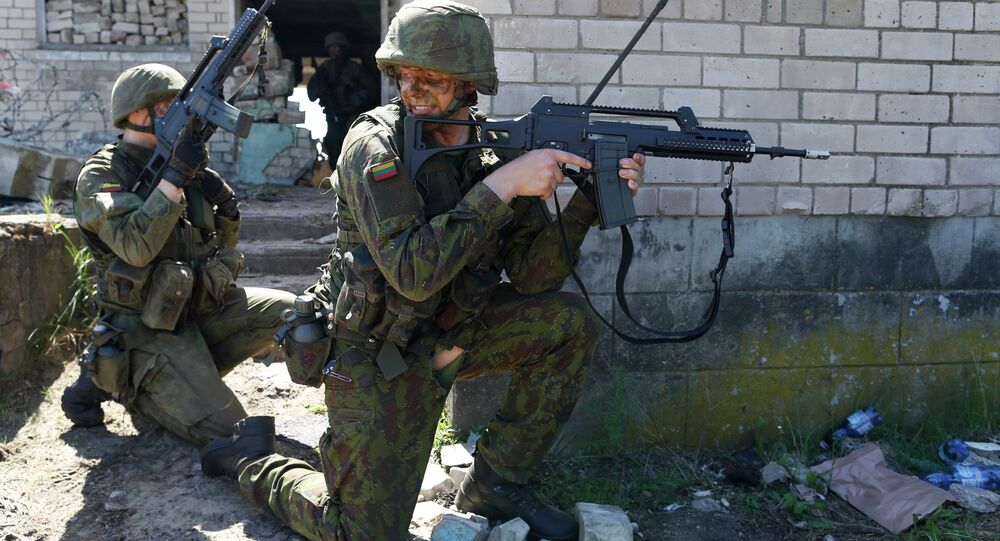 Lithuania has sent four military instructors to assist in the training of the Ukrainian National Guard alongside US paratroopers, according to a statement by the Lithuanian Ministry of National Defense.

The group of Lithuanian soldiers has already deployed into “area of operations” in Ukraine and begun teaching Ukrainian colleagues how to wage war in accordance with NATO standards.

“Our troops along with their counterparts from the US 173rd Airborne Brigade will be training members of the Ukrainian National Guard to carry out tasks individually and as part of a unit,” Commander of the Lithuanian Land Forces Major General Almantas Leika said.

This is the first time the NATO alliance member has participated in a direct military training program in war-torn Ukraine.

© Sputnik / Stringer
Is the US Training Ukrainian Neo-Nazis?
Earlier this year, paramedics of the Lithuanian Armed Forces provided medical assistance and trained their Ukrainian counterparts alongside US military personnel. Moreover, Lithuania treats wounded Ukrainian soldiers in a military rehab center in Druskininkai and civilian hospitals around the country.

Last month, Lithuanian ambassador to Ukraine Marius Yanukonis said in a TV-interview that his country is ready to commence lethal weapons deliveries to the Ukrainian Armed Forces. The statement came out after US senator John McCain slammed the Obama administration for failing to arm the Ukrainian military.

Lithuanian troops have been operating alongside US soldiers in a number of military campaigns around the globe. The country’s leadership demonstrates a strong dislike for neighboring Russia, calling it a serious threat to European security.