The US Department of Defense still considers the possibility of sending lethal weapons to Ukraine, US Defense Secretary Ashton Carter said at a Senate Armed Services Committee hearing on Tuesday. 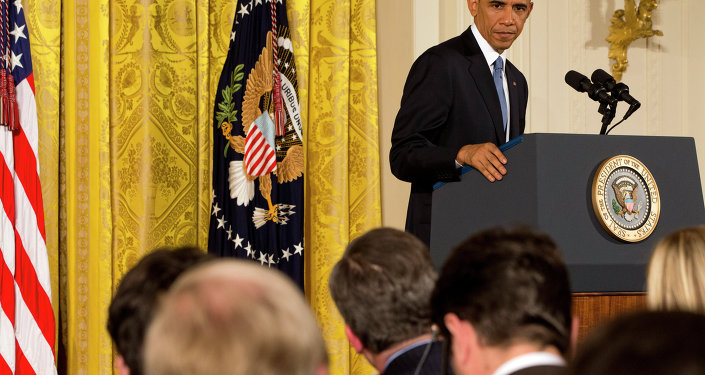 © AP Photo / Jacquelyn Martin
US Lawmakers Urge Obama to Provide Ukraine With Lethal Arms
WASHINGTON (Sputnik) — Carter said when asked if he is still inclined to send lethal arms to Ukraine that he had not changed his view concerning US lethal arms supplies to Ukraine.

Carter said during his nomination hearing in Congress on February 4 that he supported sending lethal weapons to Ukraine.

“We are considering that, we have not made a decision in that regard,” Carter said Tuesday.

“I can’t emphasize the importance of economic assistance to Ukraine,” Carter said. “That’s largely in the hands of the Europeans, and so also are the sanctions against Russia, and that’s really the main event.”

In January, the US Treasury announced that it would provide $2 billion to Ukraine in 2015 should Kiev implement the reform program it agreed to with the International Monetary Fund. This comes in addition to the $1 billion loan guarantee the United States provided to Ukraine in May 2014.